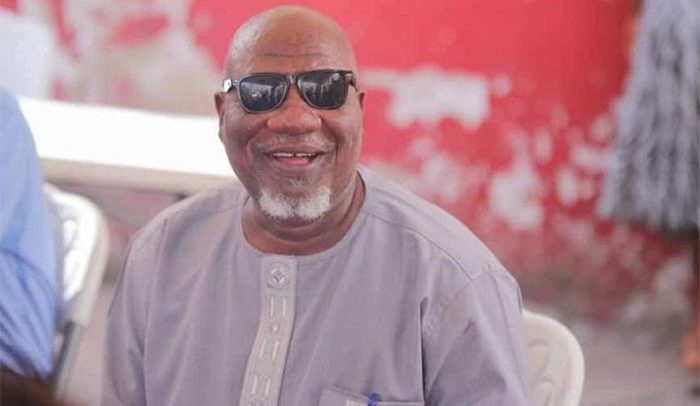 After announcing two weeks ago that he “sacked” himself from the opposition NDC, the party has come out with a statement saying they have rather expelled Mr. Jacobs.

The statement signed by NDC General Secretary Johnson Asiedu Nketia on Tuesday said “at our meeting on Wednesday, March 17, the Functional Executive Committee (FEC) of the NDC considered the report and recommendations of the disciplinary committee on the case of misconduct and anti-party behavior brought against you, Mr. Allottey Jacobs, pursuant to article 48(1) (b) of the NDC Constitution.”

It said, “The committee report, which is herein attached for your attention, found you guilty of the said allegations of misconduct, anti–party conduct and recommended among other things your immediate expulsion from the party;” adding, “The FEC, acting in compliance of article 48(1) of the NDC Constitution, has unanimously adopted the report and accepts fully its recommendation for your expulsion from the party.”

“You are therefore by the decision of FEC been expelled from the National Democratic Congress and for that matter no more recognized as a member of the party and cannot carry yourself as such,” it declared and added, “You are by this letter and pursuant of article 48 (10) directed to return any party properties that may be in your custody and shall forfeit any moneys, dues or subscription fees made to the party.”

However, Mr. Jacobs has not taken kindly to news about his expulsion and descended heavily on the leadership of the NDC.

“That expulsion letter is pointless and baseless. It has no purpose. The NDC is full of confusion. I don’t believe in personality worship. A lot more people will be coming out like me. If you are in that party, you are in the devil’s den,” he said on ‘Starr FM’ in Accra.

He also said that “I don’t know whether they are brainless or not; when somebody has already come out to say I no longer belong to that party why do you issue that statement. I don’t owe them a pesewa and they can report to the police that they have their things with me. Their statement is visionless and brainless.”

Mr. Jacobs, who was having running battles with the NDC, and on March 9, stated emphatically that he was no longer a member of the party and his decision to leave the party was irreversible.

According to the Educated Fisherman, as he is affectionately called, he totally lost interest in being a member of the NDC, a party he faithfully served in different capacities since the NDC’s formative years.

He then stated that President Akufo-Addo was the main reason that he had left the NDC fraternity, and explained that the New Patriotic Party (NPP) administration, led by President Akufo-Addo and Dr. Bawumia, had performed in political office in just four years, and so he was impressed.

According to him, the country had experienced massive transformation in terms of infrastructure, roads, water, factories, health and other areas, which to him, must be commended.

He said the country faced several challenges prior to the 2016 elections, but President Akufo-Addo had restored the state into the path of prosperity in a short time.

Mr. Jacobs said that he would henceforth use his energy, resources and expertise in politics and business, to totally support President Akufo-Addo and his Vice President Dr. Mahamudu Bawumia for them to sustain the good works.

He, however, made it clear that he was not leaving NDC for the NPP, saying “that is why I have declared to support him (Akufo-Addo) and his Vice President, Dr. Bawumia. I no longer belong to the NDC. I am not an NPP member; I will never be an NPP member.”

He then said that he was aware that the NDC had suspended him, but added that he had already resolved to sack himself from the party.

Last month, Mr. Jacobs, who now says he is a social commentator, admitted that he did not have a good relationship with former President John Dramani Mahama.

According to him, Mr. Mahama endorsed his suspension from the NDC and he (Allotey) could not pretend all was well with the NDC Presidential Candidate in the 2020 General Election.

He affirmed on ‘ASEMPA FM’ in Accra that “I don’t have a good relationship with Mahama. He endorsed my suspension;” adding, “In a speech, he said he endorsed my suspension. He is not my friend and I haven’t spoken to him since 2017 when he embarked on the ‘Thank You Tour’. I led him to some key figures of the NDC in the Central Region. He said it himself that I am not his friend.”

Mr. Jacobs revealed that he was suspended from the party due to his failure to apologize over some comments he made praising President Akufo-Addo.

He explained that the party’s hierarchy was unhappy with his positive appraisal of President Akufo-Addo as a “mature President.”

Mr. Jacobs, who is a loyalist of then President John Evans Atta Mills, said that despite the suspension, he remained firm in his conviction that President Akufo-Addo was an example for all politicians.

In May 2020, the NDC issued a statement signed by its National Chairman, Samuel Ofosu-Ampofo, suspending Mr. Jacobs for what the party said was persistent exhibition of “anti-party conduct.”

The National Executive Committee (NEC), which according to the statement recommended the suspension, had also referred to the disciplinary committee of the party for further action against the NDC stalwart, but it was unclear if he ever faced the committee.

Mr. Jacobs fired back saying elements in the party could not destroy him; and asked those calling for his head in the party to back off, saying, “Where God has positioned me in life is not my making.”

He once granted an interview to Accra-based ‘JOY FM’ on the matter and parried the criticisms of NDC members that he was in bed with the ruling NPP.

“How could I be in bed with the NPP; facts are facts. When something is good about the NPP I will say it, when it is wrong, I will talk against it. You see there is the need for us to change the kind of narrative, or we have to change our political discourse. You see, we need to grow our politics in this country,” he pointed out.

When President Akufo-Addo commissioned the 1 Ambulance, 1 Constituency programme last year, the former NDC Regional Chairman highly commended the President for the initiative, saying, “The interior of the state-of-the-art ambulances recently commissioned and distributed by President Akufo-Addo can give life back to a dying patient…We should all face facts; if you look at the inside and see the equipment and colour design, it looks very attractive. If you are at the point of death, the colours in the ambulance can give you the vim to survive. The inside is great!”

When the President again announced that the NPP government was embarking on massive health infrastructure projects, including the construction of 88 district hospitals, the NDC hit the roof top claiming it was impossible to do and also claimed the government had abandoned health projects they said were started by Mr. Mahama.

He was constantly pushing that the NDC should find a person in the calibre of Dr. Bawumia to be able to respond to the Vice President appropriately on economic management issues.