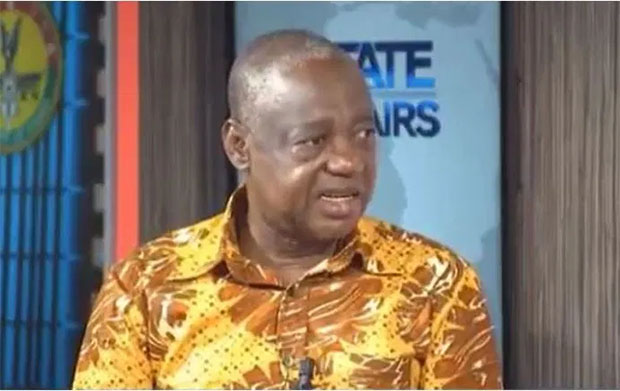 The subtle attempt by some powerful national executives of the opposition National Democratic Congress (NDC) to block other presidential hopefuls from contesting former President John Dramani Mahama ahead of the 2024 election, is to face stiff opposition from some of the party’s stalwarts.

The battle lines were drawn at the Rottary Club House at Community 5, Tema, over the weekend when some leading members of the party calling themselves Cadres, who largely espouse the ideals of the late former President Flt. Lt. Jerry John Rawlings, held a forum to discuss the future of the NDC under the theme ‘Securing NDC’s Future.’

Stalwarts like former NDC ministers and gurus like Dr. Benjamin Kunbuor, Dan Abodakpi, Augustus Goosie Tanoh, Ambassador Emmanuel Osei, and Ebi Bright, who were at the forum, took turns to slam any attempt to rush into picking a flag bearer when the root cause of the party’s successive defeats and the nature of a candidate picked, has not been discussed dispassionately.

They described the NDC as a ‘lame horse’ that must be healed before any attempt to select the jockey to ride that horse.

Immediately the Supreme Court dismissed Mr. Mahama’s challenge of the 2020 Presidential Election, some of the leaders started pushing that former President Mahama, who has lost two consecutive presidential elections to his opponent Nana Akufo-Addo, one as incumbent (2016) and in opposition (2020), should contest again in 2024.

The party’s Communication Officer, Sammy Gyamfi, even confirmed the intentions of the leaders when he said at the University of Cape Coast recently that Mr. Mahama will be the NDC presidential candidate for the 2024 general election at all cost.

“By hook or crook John Dramani Mahama will come and lead the NDC to victory in 2024,” he told the NDC’s Tertiary Education Network (TEIN) members at a programme at UCC.

However, the attempt to get Mr. Mahama as the sole candidate ahead of the primary for 2024 could rekindle the confusion witnessed in 2019 ahead of the 2020 general election, which Mr. Mahama sailed through with ease.

Dr. Kunbuor said at the forum that NDC should not rush into selecting a new flag bearer without looking at the wobbly legs on which the whole party structure is currently standing.

He said the NDC’s challenges goes beyond succession to internal wrangling and weak cohesion.

“Look for succession machinery and institution. One that will endure and be sustainable over the times. As comrade Dan Abodakpi has said, you can put any rider on that horse and the horse will win,” he fired, adding, “When you start by closing any forms of conversation and let it look like the real problem for NDC today is a conversation about succession and flagbearership, you are committing a serious political blunder because by the time you get that successor or that individual in place; he is going to be riding a weak and tired and sick horse.”

He said he was of the view that the party mechanisms needed in selecting a flag bearer for the NDC is bedeviled with challenges and said the rough edges needed to be straightened before any major move is made.

He also bemoaned the absence of systems and structures to deal with internal politics, which is an affront to party cohesion and unity, asking, “Who says succession in NDC is a political problem? It is not because we have a number of mechanisms for electing our leaders.”

“Yes, it might have its own weaknesses but that system exists. It only needs to be improved. So why is that a problem?” he added.

“But we do not have structures and systems for dealing with internal party democracy, dealing with party cohesion and dealing with keeping to its committed values. That is where we have the challenge and those are the issues around which any conversation should take place,” he said.

Another stalwart, Goosie Tanoh, fired that the NDC is currently going through what he called ‘identity crisis’, and to reverse the trend, the party will have to go back to its founding principles of probity and accountability as espoused by NDC founder, the late J.J. Rawlings.

“NDC is facing what is called Identity Crisis. People cannot tell the difference between the NDC and the NPP and we what we are saying is that we must go back to our founding values, our founding principles…that we are a social democratic party,” he said.

According to him, the party needs to adopt scientific tools to analyse the challenges it is facing as done in any other progressive political association, saying, “I do not know whether some of those tools are still relevant today but what I do know is that you cannot use some other tools to interpret your reality.”

“If you choose to be new and play the game as other political parties, you can never win,” he said, adding, “They know why they have set up those games. They know the rules of those games better than you and if you intend to engage them on their terms, there is no way you can ever win.”

Dan Abodakpi, a former Minister under Mr. Rawlings and Ambassador under Prof. Mills, said the NDC has become ‘lame.’

“This forum is a recognition of the fact that we have a formidable political organisation which unfortunately has become lame. Assuming that you are running a race with a strong horse, the horse is lame, can you ride the horse to victory?

“So it is our collective responsibility to think through the actions that will heal the horse, strengthen the horse so that when we get a rider, however capable that rider is, he will have a very strong horse that will carry him to victory,” he said.

Mr. Abodakpi further indicated that the NDC must not only become an electioneering machine but must exist as a true social democratic party that is capable of carrying the aspirations and hopes of the people, and attributed the defeat of the party in the 2020 election to the neglect of its grassroots.

“I’m sure if I ask my colleague from Tema Central that I want to visit her branch today, the branches will be there in name but not really there. So is the case in my Keta Constituency, so is the case everywhere and that will explain the reason why victory will be beckoning us in 2020 and come to the finishing line; that victory will be taken from our hands,” Mr. Abodakpi said.

Koku Anydoho, the suspended NDC stalwart and former Communication Director during the presidency of Prof. Mills, who of late has been firing salvos at Mr. Mahama, tweeted sarcastically that, “I had a bad dream of a self-proclaimed dead goat riding a lame horse to defeat and was happy when I woke up to read that Cadres of the NDC have given me hope that the nightmare shall not become a reality.”

After the massive defeat of the incumbent Mahama in 2016, the NDC commissioned some party leaders led by former Finance Minister, Prof. Kwesi Botchwey, to probe what caused the defeat.

The Kwesi Botchwey report later painted a damning picture of how the NDC lost the 2016 elections, exposing the weakness in the party structure.

It even described former President John Mahama as a ‘movie star’ and ‘naked’ as he was not in tune with the reality on the ground.