VICE-President Dr. Mahamudu Bawumia on Tuesday stripped members of the opposition National Democratic Congress (NDC) naked as he questioned the genuineness of their newly found care for the country’s indigenous firms, describing it as ‘quite baffling’.

He said criticism by the NDC members of the  financial sector clean-up carried out by the central bank was strange, given the number of indigenous firms that collapsed under four years of ‘dumsor’ (persistent, irregular and unpredictable electric power outage)  under the watch of former President John Dramani Mahama and his NDC government.

The former President and his party members have chastised the clean-up exercise, which led to the revocation of the licences of nine banks, 23 savings and loans and 386 microfinance companies.

The Vice-President insisted at a town hall meeting in Kumasi on Tuesday that the exercise was a necessary evil to save the savings of 4.6 million depositors and over 10,000 jobs.

According to him, the government’s intervention to ensure an orderly exit of the failed institutions had provided ”over a million depositors” access to their deposit funds already…

Dr. Bawumia disclosed that salaries and benefits of employees, which the defunct institutions again failed to honour, had been paid or were being paid by the receivers.

“The Bank of Ghana did not do so just because they felt it was time to create suffering for depositors and difficulties for the owners of those institutions, as the NDC is forcing us to believe.

“Rather, the central bank did this to protect the financial system and save the hard-earned monies of hard-working men and women like those bustling at Suame Magazine, Kumasi Market and Adum right now as I speak,” he said.

The Vice-President said the affected financial institutions were dead and in many cases were not even paying their depositors or employees at all or regularly, indicating that there were countless instances where some customers would travel several kilometres for just a GH¢200 withdrawal and they were told to go and come another day.

Dr. Bawumia said the swift and decisive action taken by the new management team at the Bank of Ghana provided relief for the financial system as a whole through the funds provided by government for depositor payouts.

“Let us remember that the failures of financial institutions that we have witnessed were a direct result of a system of poor licensing, non-existent capital, weak corporate governance characterized by related party transactions, political influence peddling, among other things. This has hurt so many innocent people – depositors and employees,” he stressed.

The Vice-President stated that the NDC government and the previous management of the central bank had ample time to address the impending failures, indicating that they were aware of the problems in 2015 in the case of banks, and as far back as 2012 in the case of savings and loans and micro finance companies but they simply did not care about the situation.

Dr. Bawumia stated that Ghanaians should never forget that under the NDC, the country had the messy liquidation of the BCCI in 1999, and the closure and liquidation by the Bank of Ghana in the year 2000 of the Co-operative Bank and Bank for Housing and Construction, the collapse of infamous DKM, and the proliferation of unlicensed financial services such as Pyram and R-5, God is Love fan club, Menzgold, and others that took advantage of their customers.

B5 Plus Cries For Water, Power 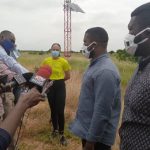 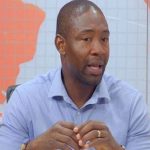