B5 Plus Cries For Water, Power 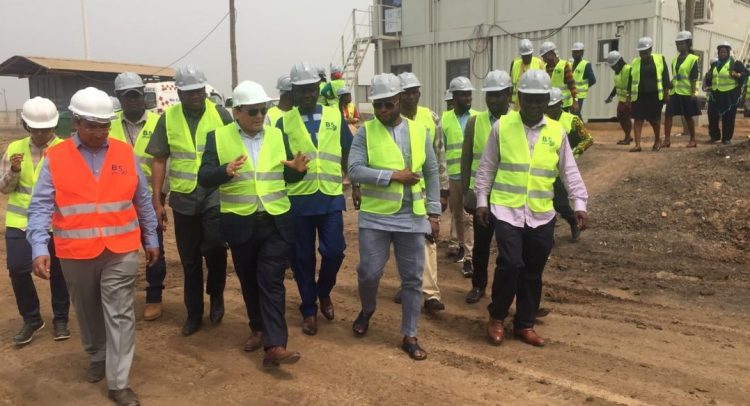 MUKESH THAKWANI, Director at B5 Plus Company Limited, West Africa’s biggest steel and iron manufacturing company located at Kpone in the Greater Accra Region, has appealed to government to provide water and electricity to the company to enable it operate efficiently.

Thakwani made the call when members of the Parliamentary Committee on Government’s Assurance, on Tuesday, paid a working visit to the company’s site.

The 17-member committee was there to tour the factory and verify claims by the Minister of Trade and Industry, Alan Kyerematen that the company was performing well after its first phase was commissioned in September 2019.

The US$80-million factory falls under government’s One District One Factory (1D1F) initiative.

The committee is one of the standing committees of Parliament mandated to examine, scrutinize and pursue promises, assurances and undertakings given by a minister from time to time.

The Members of Parliament (MPs) were taken round the fabrication, melting and rolling plants, by officials of the company led by Thakwani.

After briefing the lawmakers on the operations of the company, Mr Thukwani revealed that the factory was situated on a 400-acre land and currently providing about 2,200 direct jobs and 5,000 jobs.

According to him, the company will provide over 10,000 jobs when it was fully operational.

Also, he said B5 Plus believed in delivering quality products and that the company was not only supplying Ghana alone but the entire West African sub-region.

Chairman of the committee, Collins Owusu Amankwah, who spoke to the media shortly after the tour, said the MPs were highly satisfied with the work that the company was doing.

He, however, stated that the committee would intervene to address concerns raised by the company including the shortage of water and electricity.