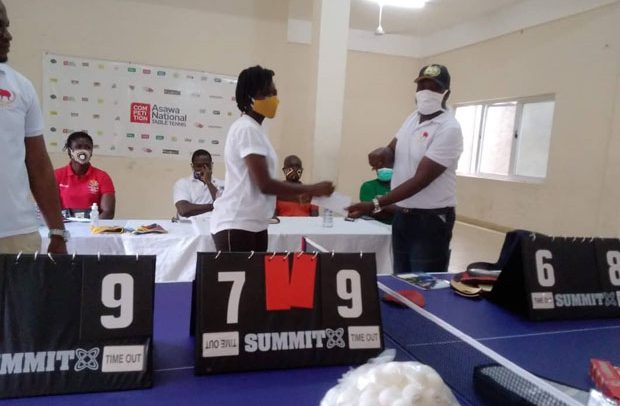 Themed ‘Asawa Table Tennis Competition’, it was aimed at keeping the players active during the ban on social gathering.

It was tennis star and Olympian Isaac Opoku, popularly referred to as ‘Asawa’, a native from Koforidua, now domiciled in the United States of America (USA), who conceived the idea.

The competition was designed for the players to be at their homes and exhibit their skills with a racket and a ball due to the COVID -19 pandemic.

In all, 40 players participated in the ‘Stay Home Challenge’, from which four excelled and were rewarded accordingly with cash prizes.

The Chairman of the New Juaben Table Tennis Club, Felix Adjetey Sowah, expressed gratitude to the financiers of the event for their unflinching support towards the development of tennis in Koforidua and its environs.

He encouraged players in the region to take their training seriously while at home to maintain their form.