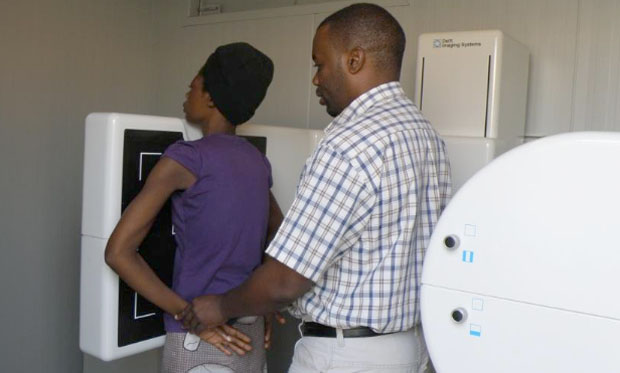 The National TB Control Programme has announced the occurrence of a new type of tuberculosis in the country.

The new strain of the disease which affects the human lungs, known as the extensive drug resistance tuberculosis (XDR-TB), was said to have resulted in the death of one person in December last year.

The Noguchi Memorial Institute for Medical Research (NMIMR) which confirmed the case has successfully traced and screened the family of the victim, with results showing no further spread of the new TB strain.

Extensively drug-resistance tuberculosis (XDR-TB) is a form of TB caused by bacteria that are resistant to the most effective anti-TB drugs; persons affected have low possibilities of surviving the infection.

He was speaking at a media briefing on the commemoration of the World TB Day scheduled for March 22 in Accra themed: ‘Wanted: Leaders For A TB-Free Ghana, You Can Make History. End TB’.

Explaining the impact of the situation on the country, Dr Bonsu highlighted that the XDR-TB is difficult to manage unlike the multi-drug resistance TB the country is currently trying to end.

He said the situation calls for a multi-sectorial accountability and responsibility, as it poses a risk to every Ghanaian, although the disease is pro-poor.

“TB is air-bone, studies suggest that there is probably no difference between the risk of transmission of XDR-TB and any other forms of TB, the spread of the bacteria depends on factors such as the number and concentration of infectious people in any place together,” he added.

The TB Control Programmes manager cited that the NTCP needs funding to ease the catastrophic cost of treating TB patients, as the funding support of $5m it received from external sources in a year has ended.

He said although the programme needs a total of $18m annually to effectively control TB and to reach out to the vulnerable population where TB is prevalent, its allocation falls short of that figure.

“Last year, we received an equivalent of $2m,” he revealed when journalists probed into the amount allocated to the programme to carry out its duties.

Dr Bonsu called on Ghanaians to be the new TB leaders ensuring that commitments are fulfilled in the control of the lung disease.

“Tuberculosis is more of a social development than a medical condition and it is everyone’s responsibility to ensure that the nation is safe,” he added.