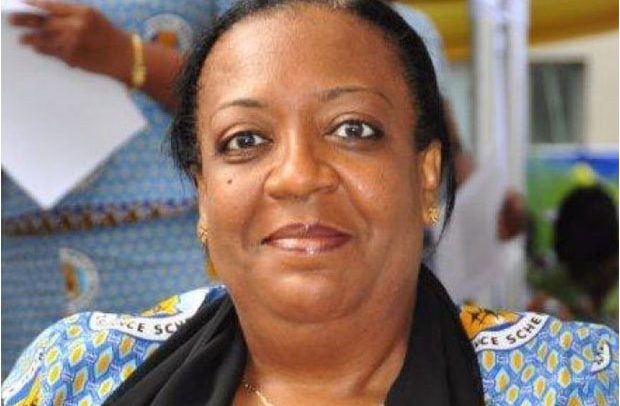 It appears the ravaging coronavirus pandemic is directing its anger on senior government officials as the Chief Executive Officer of the National Health Insurance Authority (NHIA), Dr Lydia Dsane-Selby, has tested positive for COVID-19.

The NHIA boss is a second official to test positive after Health Minister, Kwaku Agyeman Manu who was recently discharged from the University of Ghana Medical Centre for home care after being treated at the facility.

Dr Dsane-Selby says she is currently in self-isolation after her status was relayed to her on Sunday.

She told Asaase Radio 99.5 on Tuesday that she has since reached out to all the people with whom she has had contact over the past couple of days. All of them have gone for tests and returned negative.

“I live with my mother and luckily she tested negative together with the house staff, so it’s just me in the house who is positive. So I immediately self-quarantined and contacted doctors at Korle-Bu and others who have put me on a treatment regime.

“I have contacted all those I came into contact with over the last few days and they’ve been for testing, and as far as I’m aware, they’re negative,” she said.

Dr Dsane-Selby said even though she complied with all the COVID-19 protocols but the huge traffic of people at her office might have engineered her infection.

She says it is difficult for her to comply strictly with the guidelines when she is working at the NHIA looking at the volume of traffic.

‘’We all need to just be very aware about face masks, handwashing, sanitisers and social distancing,” she told host of Ten-To-One on the new station.

“There is no meeting that is so important that we all have to bunch up in a room and meet. A lot of the stuff can be done via phone, via email, and we all just need to take those precautions.
“Obviously for me, living with my mother was my real concern. She is negative, so I need to just stay away from her until I’m negative, too,’’ she added.

Promises NPP Has Delivered So Far