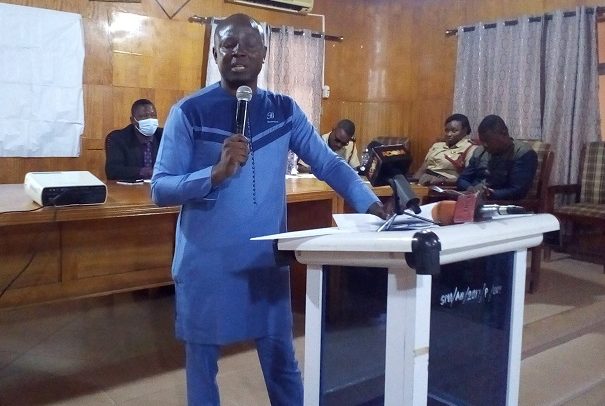 According to him, these fraudulent activities include illegal charging of pregnant women for services they render to them.

He, therefore, urged the media in the region to put the spotlight on activities of nurses and other health workers in the area to help fight the canker.

Speaking at a stakeholders’ engagement on the 2021 performance review in Sunyani at the weekend, Mr. Mahama reminded Ghanaians that most health services under NHIS are free.

He called on the public to report any person at any health facility who indulges in fraudulent activities to his outfit for prompt action.

He alleged that nurses at the Sunyani Government Hospital charged GH¢1 for providing women with an empty Milo tin for them to urinate in for various tests.

“There is a problem at the municipal hospital. Let us all fight against it. Some nurses who misconducted themselves at the regional hospital and were transferred there are still engaging in illegal activities against the scheme.

“For instance some nurses place drugs called cytotec (commonly used to induce labour and pethidine, also a painkiller) in their hand bags and secretly sell to pregnant women at a cost. This is against the national health insurance scheme,” he posited.

He enumerated some services and medications which are free, and mentioned snake bite, doctors’ prescription of operation, and maternity services as some of them.

“Let us protect the scheme as a national asset,” he pleaded.