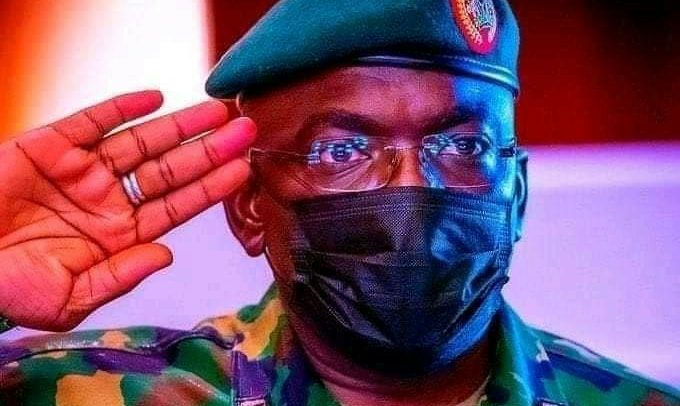 Nigeria loses Chief of army staff, 10 others in plane crash

Additional 10 officers who were onboard the military Beachcraft 350 aircraft died when it crashed at the Kaduna International Airport on Friday, May 21, 2021.

Multiple reports monitored by DGN Online from Nigeria say Attahiru and other military officers were on the plane before it crashed around Kaduna today.

The Nigerian Air Force is reported to have confirmed his death in a statement.

“An air crash involving a @NigAirForce aircraft occurred this evening near the Kaduna International Airport. The immediate cause of the crash is still being ascertained. More details to follow soon,” the statement signed by Edward Gabkwet, the force’s Director of Public Relations and Information read.

Reports say the plane crashed at the Runway around 6:00pm.

“The COAS was enroute Kaduna from Abuja on Friday, 21 May, 2021 when the unfortunate incident happened,” the Army said.

“Details of the sad incident and burial arrangements will be communicated soon,” it added.

About 20 military officers have lost their lives in the last three months in three crashes involving Nigerian Air Force jets.

On Sunday, February 21, 2021, seven NAF officers died onboard a Beechcraft KingAir B350i aircraft when the jet crashed in Abuja.

Two officers were onboard the missing jet which was later declared crashed and the whereabouts of the two airmen unknown till date.

These gallant soldiers were killed in a plane crash in Nigeria