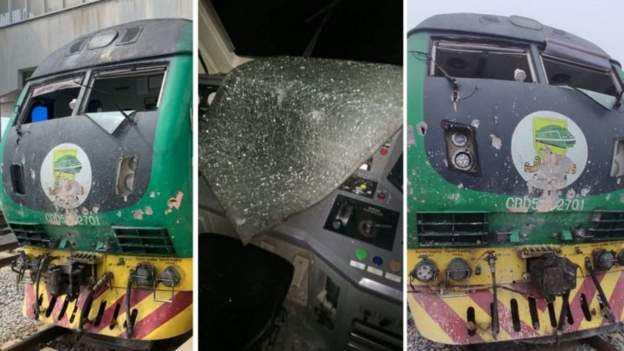 The Nigeria Railway Corporation temporarily suspended train services on a major route linking the capital, Abuja, to the north-western state of Kaduna after an armed gang attacked a passenger train on Wednesday.

Eyewitnesses said the attackers targeted the engine driver and the train tank. No casualty was reported.

One of the passengers told the BBC that they heard a loud bang before the train stopped for several hours.

Former Nigerian MP, Senator Shehu Sani, has tweeted that a second train on the route was forced to return to Abuja on Thursday after explosives were detonated on the railway.

The Nigeria Railway Corporation said services will resume on Friday after scheduled maintenance.

The railway service is often considered a safer alternative to road travel due to persistent bandit attacks on vehicles and the kidnapping of travelers on the Abuja- Kaduna highway.