No To Sexuality Education 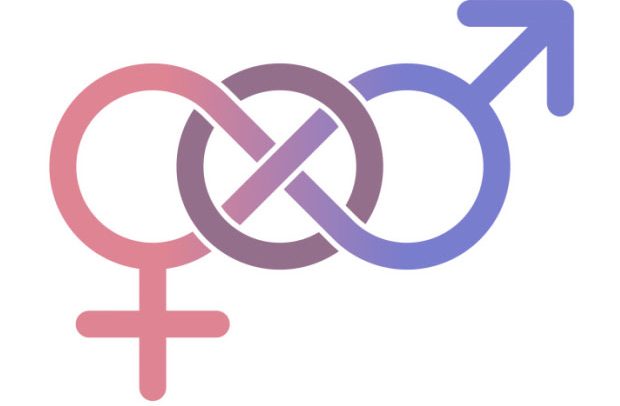 Education is the ability to listen to almost

anything without losing your temper or your

2060… THAT IS THE YEAR Isaac Newton predicted in the 1680s that the world would come to an end. His prediction came, not with him as a prophet, a seer or a doomsayer. He was a mathematician, a scientist, and known for Calculus, Newtonian Mechanics, Universal Gravitation, and Law of Motion.

On the law of universal gravitation, he states that every particle attracts every other particle in the universe with a force which is directly proportional to the product of their masses and inversely proportional to the square of the distance between their centres. Scientists will tell you that Newton’s law has been eclipsed by Albert Einstein’s theory of general relativity, but it still holds as a good approximation of the effects of gravity.

Newton was writing under the pseudonym: Jehovah Sanctus Unus (one true God) and predicted that the world would ‘reset’ at 2060 at which point the Earth will once again become “the Kingdom of God.” Newton wrote: “Therefore, the 2300 years do not end before year 2132 or after 2370. The time limit itself, do not end before 2060.”

Anthony Ralph Epperson (born November 1, 1937) is a proponent of the “conspiratorial view of history” which holds that “historical events occur by design for reasons that are not generally made known to the people.” In contrast, there is the mainstream “accidental view” which holds that “historical events occur by accident, for no apparent reason and no one really knows why events happen – they just do.”

We may reflect on the “New World Order” (Novus Ordo Seclorum) as on the reverse side of the Great Seal of the U.S. dollar bill. Adolf Hitler used to say: “If you tell a big enough lie and tell it frequently enough, it will be believed”; “if you win, you need not have to explain… if you lose, you will not be there to explain”. Hitler also wanted a “New World Order”—of course, led and controlled by Germany. Professor B.F. Skinner (1904-1990) notes: “We can no longer afford freedom and so it must be replaced with control over man, his conduct and his culture.”

In 2006, the world was stunned by the story of a man caught having sex with a goat in Sudan and being forced to marry the goat. This “zoophilia” would not seem too strange to the nomads, and in 2017, a Camerounian wrote a story of legalisation of zoophilia in Norway. (The Norwegians have not confirmed this story).

When we were young, our teachers taught us “Hygiene” and “Nature Study” which involved keeping one’s teeth clean and tidying up the school compound. A particular page in “Hygiene for Tropical West Africa” attracted us for the information that at adolescent age, pubic hair would grow on certain parts of the body, and the male voice would break. Then, the subject changed to “Life Skills” and the topics also changed. Then we heard of “Sex education” and we thought we understood it to mean lessons on the body parts (the male and female genitalia) and the act and usage of these parts in sex. Now, it is “sexuality education” which focuses on one’s feelings and attractions towards the opposite sex or same sex. By the addition of the word “comprehensive”, it is sex-plus, id est (that is) including LGBT – Lesbian, Gay, Bisexual and Transgender. The terms “homosexual”, “homophile” in the 1960s are giving way to LGBT, a seeming innocuous initiative.

Many people have expressed their views. The Catholic Bishops Conference through Bishop Naameh says the idea is “rubbish” and “unacceptable”, and the Ghana Pentecostal and Charismatic Council calls it “satanic”. The Moslems think it is “haram”. The minority in Parliament even called a Press Conference criticising the government for the policy. Ehhh?

Then… the President spoke at St. Cyprian’s Anglican Church, Kumasi last Sunday where the faithful were celebrating: “Strengthening the Anglican Faith: The role of the St. Cyprian’s Anglican Cathedral”: “I am a Christian and this certainly is against my Christian Values.” Thus, so long as Nana Akufo-Addo remains the President of Ghana, this policy will never see the light of day. The President must have read about Sodom and Gomorrah, the two cities which have become synonymous with the manifestation of divine punishment.

Foh-Amoaning is not happy with the so-called UNESCO-sponsored “sexuality education” deprecating the LGBT movement as a strategy to get acceptance in Africa: “(The strategy) is not open for you to see, it is subliminal and they come in all sorts of ways… they have noticed that in Africa, our culture and our religion are very strong… so they are going through education. Education is strong because if you win the mind you can win the heart.” Sweden and Ireland are said to support the “Our Right, Our Lives, Our Future”, and if Ghana had implemented it in September, she would have joined Eswatini (Swaziland), Malawi, Tanzania, Zambia and Zimbabwe as the pioneers in Africa. Mugabe called gay marriage a “filthy, filthy disease”. He recalled “Obama came to Africa saying Africa must allow gay marriages…God destroyed the Earth because of these sins. Weddings are for a man and a woman”.

Now, it is no longer necessary to find out whether Jacob Kor signed a document in 2015 in his capacity as Director-General of the Ghana Education Service, nor NDC or NPP policy. What we must try to avoid is “acculturation” that is, the process by which people of a different culture learn the culture of another group through prolonged contact: “f..k- sh.t, mother-f..ker.” We should be careful of “importing” every bit of cultural norms from the east or the west, just as we import used clothing, including panties, socks, handkerchiefs! Now, it is “fashionable” to allow one’s beard to grow “kuhaa”. Why should we imbibe a culture that allows a child of five to tell his/her father: “You’re stupid”? Use his/her left hand to address his/her father? – The “permissive society” which includes gun violence and mass shooting. Bishop Duncan Williams says we should allow parents to teach their children sex-education – not to leave their children to be influenced by their peer groups. We also need “adult-rights”

Are some of us old fuddy-daddies who have not been weaned out of rural African culture or the Victorian values? We should check the proliferation of access to the Internet with pornographic materials. Our children need to be taken through the regime of “enculturation” – to believe in what is our own, insist on proper dressing instead of “baggy pants” exposing the under-wears, skimpy dressing exposing the breasts– for sexy dressing elicits sexy approaches, and you may call this sexual harassment.

If the Rupture, Armageddon or Apocalypse will come in 2060, should it start from Ghana?