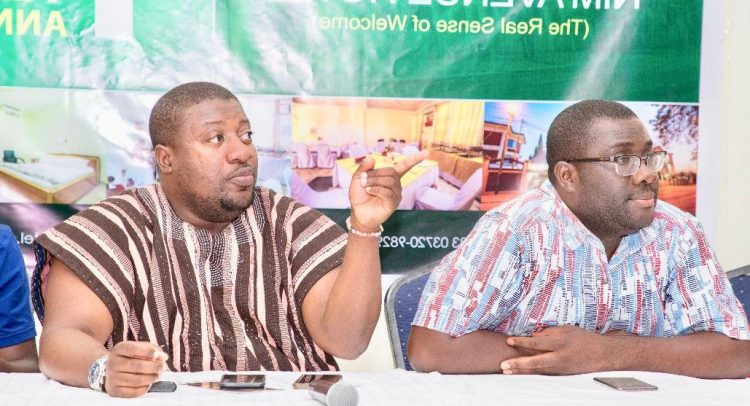 Sammy Awuku (left) and Nana B during their tour

The National Executives of the New Patriotic Party (NPP) have stormed the five northern regions in the country to rekindle the activities of the party.

The executives discussed strategies to move the party forward with the regional and constituency executives of the NPP.

Mr Awuku’s delegation used 10 days to travel across the five regions to rekindle party’s activities ahead of the 2020 general elections.

They were also there to assess the current state of the party and how the people see government’s policies and programmes to boost the relationship between government officials and grassroots members in the regions.

They also used the opportunity to advise NPP members whose actions tend to tarnish the image of the party.

They also used the opportunity to meet groups like the Kandahar Boy and Invincible Forces, who are associated with the party and told them about the President’s resolve to tackle vigilantism in the country.

In an interview with Hello FM in Kumasi, Mr. Awuku described the trip as successful and said there would be more to come.

He said his delegation also talked to members of the NPP’s vigilante groups in the north to be law-abiding at all the times.

According to him, members of the NPP love and cherish peace so they are prepared to disband their vigilante groups.

“The president recently made an announcement for political parties to disband their vigilante groups, and we are prepared to do that.

“Our recent trip to the north is a sign that we are law-abiding party, and we are ready to act upon the president’s instructions.”

The National Organiser stated that the NPP would do everything possible to maintain the peaceful atmosphere in the country.

He, however, expressed worry about the lackadaisical attitude of the National Democratic Congress (NDC) so far.

He said the NDC has been frustrating the process to disband the vigilante groups in the country.