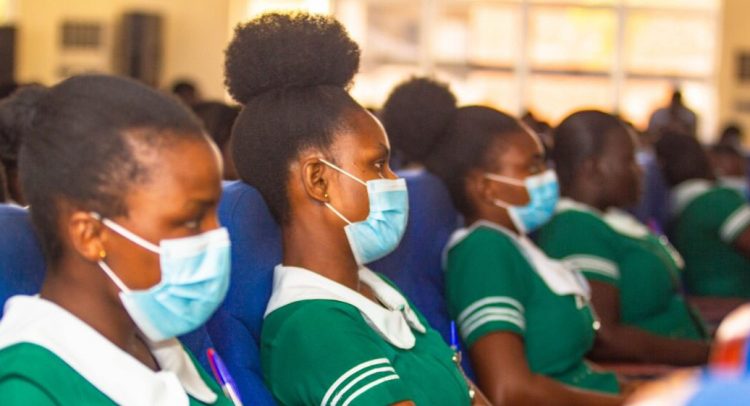 Nurses at the Manhyia Hospital in Kumasi have called off their strike action following an intervention by the Ministry of Health and the Ghana Health Service (GHS).

The Ghana Registered Nurses and Midwives Association (GRNMA) in a statement directed its members at the hospital to call off their day-old strike.

Healthcare delivery at the Hospital in Kumasi was brought to a halt following an indefinite strike by nurses and midwives at the facility.

Patients on admission who were in critical condition were referred to other facilities, while those nearing recovery were discharged and asked to continue treatment at home after the nurses and midwives demanded the dismissal of the Director of the National Service Scheme in the region, Alex Poku Mensah, for verbally abusing a nurse at the facility.

But in a statement Friday evening, the leadership of the GRNMA called on its members to resume work on Saturday, December 3, and allow investigations to be completed.

“The Ministry of Health and the Ghana Health Service have reached out in writing to condemn the actions of Mr. Alex Poku Mensah and has further called on the leadership of GRNMA and the entire Nursing and Midwifery Fraternity to remain calm and withdraw the intended roadmap to embark on an industrial action for investigations to be conducted by the National service secretariat for a final determination on the incident,” it said.

It further noted that other stakeholders including patients, clients and the public have also formally and informally condemned the actions of Mr. Alay Poku Mensah and have pleaded with the leadership of GRNMA to rescind its decision on embarking on a full scale strike action and resume nursing and midwifery services at the Manhyia District Hospital.

Mr. Opoku Mensah was caught on tape insulting a nurse who is reported to have had a misunderstanding with his daughter, a doctor at the Manhyia hospital.

He subsequently apologised after his conduct was widely condemned by the majority of Ghanaians on social media.

In a statement on his Facebook page, Mr. Opoku Mensah said, “I do apologise for any mishap and assure all, there shall not be a repetition of such.”

“I understand the disappointment and appreciate the inconvenience my action has caused the public as well as the Nursing Fraternity and Manhyia Hospital,” the statement also said.

He is currently on suspension.