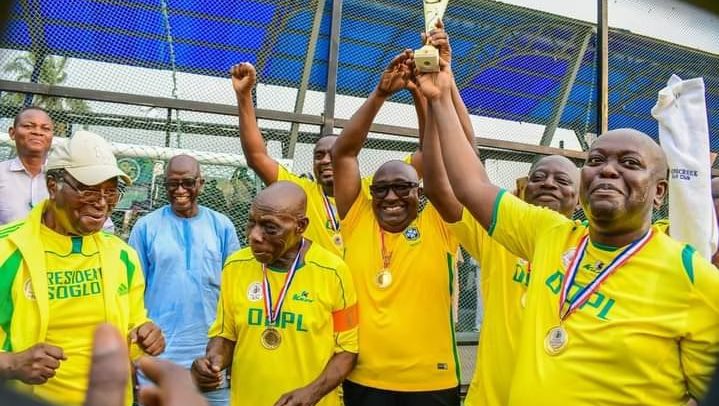 Obasanjo was the captain of the OOPL team, which played against the Ogun State Government team led by the Deputy Governor, Noimot Salako-Oyedele, according to report by Daily Post Nigeria.

During the football match, Obasanjo scored two of the four goals during the run of play to defeat Team Ogun, which scored two goals.

In an interview with the press after the match, Obasanjo attributed his agility to the grace of God as he recommended physical exercise, medical examination, good dieting, and social interaction for the elderly to keep them healthy, advising everyone, especially the elders, to inculcate what he tagged DREMS – Diet, Rest, Exercise, Medical examination and Social interactions.

These, he said, were the secrets behind his agility and fitness, even as an octogenarian.

Commenting on the football match, the Ogun Deputy Governor said, “As part of the events commemorating the 85th Birthday of our Elder Statesman, His Excellency Chief Olusegun Obasanjo, I captained the Ogun State 5-a-side team against the OOPL, one captained by Baba himself. 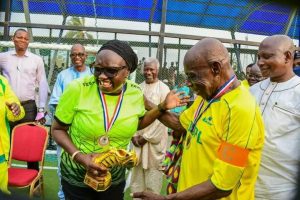 “It was a goal-fest with Baba scoring several goals himself.

“May Almighty preserve us all to celebrate with Baba again next year in good health.”

The event, per report the 5 aside football pitch, drew the presence of the 91-year-old President of Benin Republic Nicephore Soglo, a former Minister of Justice and Attorney General of the Federation, Chief Bayo Ojo, among others sports enthusiasts.