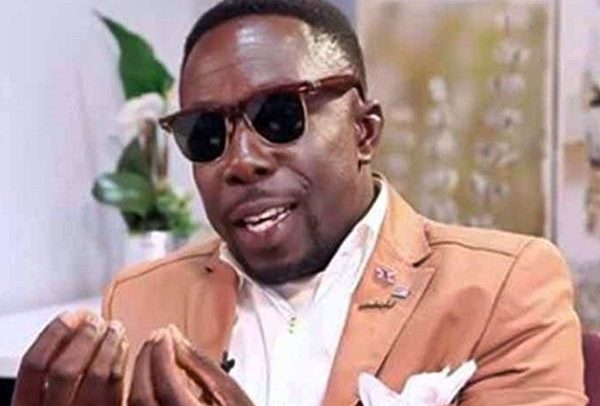 Kumawood actor, Mr Beautiful disrupted the premiere of a new movie titled, Galamsey for some minutes over reasons that he was not featured on the movie’s poster.
According to him, he is the lead character in the movie and does not understand why his image was not on the poster.

IMG_0040
He stormed the Silverbird Cinemas where the movie was being premiered on Saturday night to confront the producer, Benjamin Sarpong popularly known as Famous.
In a viral video of the incident, Mr Beautiful who was captured speaking on top of his voice swore to stop the premiering event.
“So you hate me that much? No, no wait, let me talk to him. Tell us; I am the leading character of this movie and you never put me on the post. What kind of nonsense is this Famous. You huh! The movie you can’t show it again. You can’t show the movie again because what you are doing here is nonsense. Your lead character is not on your poster. What kind of nonsense is that,” the angry Mr Beautiful said to the producer who refused to respond.
The actor continued to threaten that he was going to take the matter up in court.
But he was whisked away from the event by some guests to restore calm.
A subsequent video from the event also showed the producer responding to Mr Beautiful in an angry mood questioning if he has not ever seen an American movie poster without all actors?