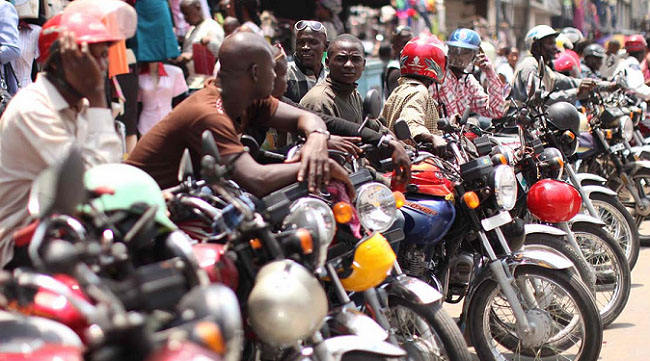 Okadas, the two-wheeled motorized nuisances, as addition to the commuting system in Accra, have defied the legislation barring them from commercial activities with an unimaginable impunity.

We have, therefore, accepted them as part of the transport system although unregulated hence the dangers associated with the occupation.

Even as they serve the needs of many residents and visitors in Accra, the commercialized motorbikes are sources of unexpected casualties to many in the nation’s capital and elsewhere across the country.

Last Thursday, the Ghana Journalists Association (GJA), in collaboration with the Ministry of Roads and Transport, discussed the subject at the International Press Centre. It was a conversation which has over the years failed to attract a national discourse.

Since becoming an informal feature of the public transport system in Accra, it has become a source of disquiet among residents and policymakers, especially as its patrons grow by the thousands.

With the prices of the motorbikes becoming affordable, many unemployed youth have invested in it, as well as some law enforcement officers.

Today, they do not only create a nuisance and pose danger to both the riders and pillion riders, they are also dreaded by motorists many of whom have suffered dents on their cars from the motorbikes.

Unable to foot the cost of restoration of damaged cars, motorists let them just go not without heaping insults on them. In many cases, they just speed away leaving the motorists to lament their predicaments.

Okada, the word originating from Nigeria where the business started, is now a full-time occupation and in some cases part-time. Should the enforcement of the ban on the operation of this means of transport be carried out in earnest the unemployment statistics would appreciate, an indisputable fact which has guided the argument of those against such a move.

The conveniences the motorbikes afford those who ignore the risks involved in patronizing them has been used to counter those who are for its ban.

Some laws would remain in the statute books unenforceable as is the case with Okadas. We can bet that they have come to stay as part of the transport network.

In the early days of the enactment of the law, the late DCOP/Mr. Awuni Angwubutoge had some operators arrested. He could not go far with the action because an NDC politician, then a regional minister, opposed it claiming it did not inure to the electoral fortunes of the then ruling party.

Under the circumstances, therefore, we can push for enforceable regulations for okada operations not only for Accra but also for the whole country.

Operators should come under a recognizable association with executives who should be answerable to the Motor Transport and Traffic Department (MTTD) of the Ghana Police Service.

Operators should be licensed after undergoing mandatory training on road traffic regulations which most of them do not even know. This training should be organized by the duo of the DVLD/MTTD.

Operators of okada should have their earnings taxed.

Following the creation of regulations, operators who breach them should be made to suffer the full rigours of the law.

Until the foregone are done, the chaos which is the lot of Okada operation persists.

When Pastors Learn From The Preaching Of Jesus (2)