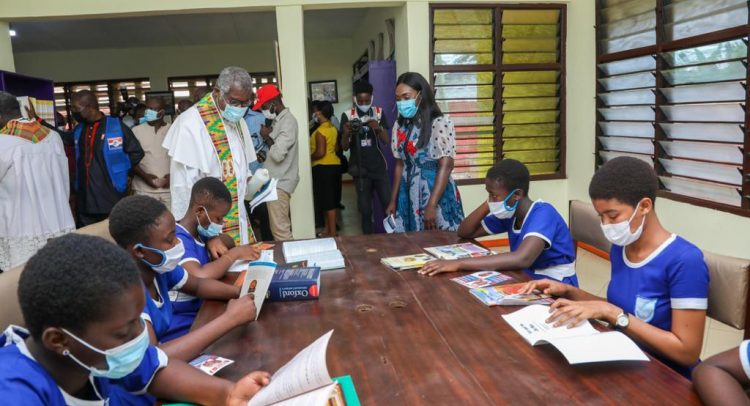 The Rebecca Foundation has refurbished a library facility at the Okaikoi South Constituency as part of efforts to nurture the habit of learning through reading among children within the community.

The new facility, which was given a facelift after almost 13 years of being abandoned, can now boast of a variety of reading materials including books, e-materials and Information Communication Technology (ICT) mini-lab.

The New Patriotic Party (NPP) Parliamentary Candidate for Okaikoi North Constituency, Dakoa Newman, who led the refurbishment, said during the commissioning of the facility that she was motivated to spearhead the project because of her strong belief in education. 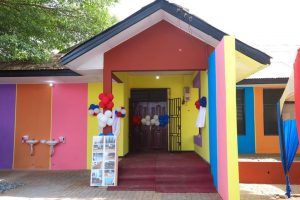 “I have a deep belief that when the reading habit is inculcated in children, it would play a big role in their studying and their general education,” she said.

She stated that the library was envisaged to impact positively on the reading habit of the children in the community and urged parents to encourage their children to visit the library and read the books for their educational benefit.

Ms Newman also used the opportunity to appeal to the constituents to vote for her and President Akufo-Addo in the December 7 polls so together the NPP can sustain the gains made in the socio-economic development of Ghanaians.

Executive Director, Ghana Library Authority, Hayford Siaw, said the Authority was poised to partner with personalities and entities to provide such facilities to support reading and learning in the country.

He said the Authority which is one of the oldest state institutions had seen very little infrastructure development until the coming of the Nana Akufo-Addo’s government.

“With the support of the government, have built and expanded many public library facilities across the country, and also provided many desktop computers, and e-readers,” he said.

The library facility, was first started by Nana Akomea, a former Member of Parliament for Okaikoi South but abandoned for years until it was refurbished a few months ago.

Nana Akomea who graced the commissioned to see the completion the work he started parted the back of Ms Newman for revamping the library to allow children in the area access good resource materials.

The land for the library facility was provided by the St Joseph’s Anglican Church, at Bubuashie in the constituency.