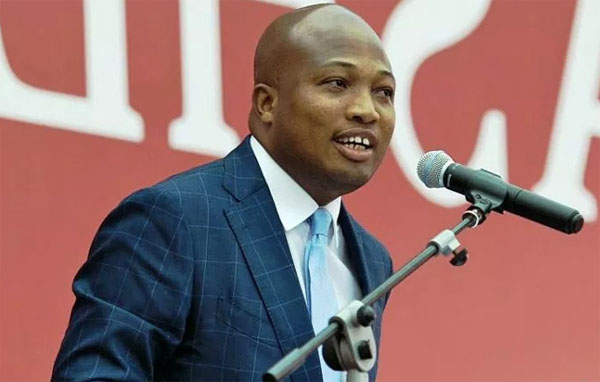 The ranking member of the Foreign Affairs Committee of Parliament, Samuel Okudzeto Ablakwa, has praised President Akufo-Addo for his patriotic decision to lobby to host the secretariat of the Africa Continental Free Trade Area in Ghana.

He said Ghana deserves to have such a secretariat because of its pioneering role in the formation of the erstwhile Organisation of African Unity (OAU), now the African Union (AU).

The MP said the main opposition National Democratic Congress (NDC) has decided to fully support the government in its bid.

According to him, it was nationalistic on the part of President Akufo-Addo to also invite the former president, John Mahama to be an emissary to help lobby some of the heads of state of the member countries to support Ghana’s bid to host the Africa Continental Free Trade Area.

The ranking member of the Foreign Affairs Committee of Parliament, who is also the NDC MP for North Tongu, commended the president when he contributed to a motion in parliament on Thursday to approve the nomination of the New Patriotic Party (NPP) Member of Parliament for Ablekuma North, Nana Akua Owusu Afriyie, to the Pan African Parliament in South Africa to represent Ghana.

According to the North Tongu MP, it is refreshing to also note that a team from the AU had just visited the country and expressed satisfaction with progress made so far by the government in its quest to host the secretariat.

“Mr Speaker, this morning I listened to the BBC news and heard that the 22nd nation in the AU has just ratified the Africa Continental Free Trade Area and so we in the minority are solidly behind Ghana’s bid to host the secretariat,” he said, stressing the hosting of the secretariat would significantly improve the economic fortunes of the nation.

The ranking member further explained that owing to the Pan African credentials of Ghana, which are unparalled on the continent, all Ghanaians should support government to host the Secretariat of the Africa Continental Free Trade Area.