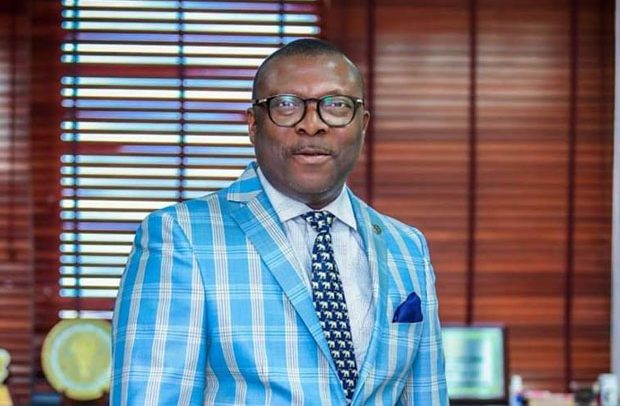 FORMER MEMBER of Parliament (MP) for Suhum, Frederick Opare-Ansah, has declared his bid to run for the General Secretary of the ruling New Patriotic Party (NPP).

He declared his intention at the Akroma Plaza Hotel in Takoradi at the weekend.

If elected, Mr. Opare-Ansah promised to focus on unity, inclusiveness, openness, re-energising the party’s base, educating party faithful and devolving more resources and powers to the polling stations of the    NPP.

Addressing supporters of the NPP, he said, “Building unity at all levels of the party has been my hallmark and that is how I was able to break the cycle of a single term for Suhum MPs and consolidated the Suhum seat for the NPP.”

The event was organised by the Friends of Opare-Ansah (FOA), a group led by Ewuradjoa.

“Many of you here, who know me very well, are aware that I am a very fair but firm person. That is something the party needs in the present times. I come into the contest on my own strength and not to further the interest of any particular group within the party. It is my fervent hope that the wider membership of the party will accept me for this and allow me to represent their interests,” he appealed.

According to him, the NPP, which was forged from the antecedents of political parties and movements from the sacrifices of Dombo, the sufferings of Dankwa, the leadership of Busia and the disagreements of Victor Owusu and Paa Willie, is perhaps, arguably, the greatest political occurrence that has brought the best fortunes to Ghana’s development after independence.

“The country is getting to the crossroads by 2024 when it will have to take a decision to choose between going back to John Mahama and his NDC or to maintain the NPP, which will certainly then mean that we would have achieved our goal of breaking the cycle of eight-year governance by each party.

“But to do so, the new leadership of our party will have to follow some pertinent examples of the past and also advise, guide and support the government of NPP led by President Akufo-Addo to take certain measures in the remainder of its second term,” he stated.

Mr. Opare-Ansah referred to examples of the Da Rocha’s administration in fighting for the cause of Ghana to be shaped by the NPP, even from opposition after the boycott of parliamentary elections in 1992, the abolishment of the criminal libel law by ex-President Kufuor, and the “bold decisions of President Akufo-Addo to outlaw vigilantism in our politics and to pass the RTI Bill.”

He said the NPP has to accommodate the views of the minority in order to rebuild the nation and move it back onto the path of prosperity.

“I see the future NPP promoting inter-party dialogue and eschewing the culture of insults that has bedevilled and characterised our politics. Let us win by superior arguments and not through shouting contests or by a measure of who can be vile.

“We need to promote politics as a response to the call to national service very much like Samuel responded to the call to the service of the Lord! We need to work more in consultation and in conjunction with various civil society organisations, traditional leaders, religious leaders, the academia, the press, other minority political parties and members of identifiable organisations whose interests are in alignment with our own desire to see Ghana grow in leaps and bounds!” he posited.

“I stand for quality political leadership and the use of political democratic processes in the selection of such leaders. I believe the NPP as a party, and each of us as individual members, has a duty to project politics and democratisation as the process of choice for Ghana to select its leaders.

“The people of Ghana should have confidence that the political democratic process has a self-correcting mechanism and always yields to the will of the people,” he intimated.

Having been in public service for several years, Mr. Opare-Ansah said he sees this as a call to duty to help drive the NPP further towards achieving its vision of serving Ghana, and take the party back to the electorate to give the NPP the opportunity to consolidate the “unprecedented developmental policies that the Akufo-Addo-led administration has initiated.”