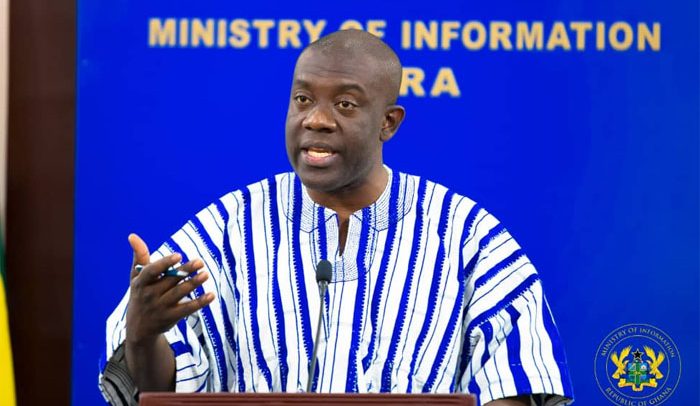 The Minister of Information, Mr Kojo Oppong Nkrumah has explained that government decided to withdraw both the Bill meant to amend Article 243(1) and Article 55(3) and the subsequent cancellation of the December 17, 2019 referendum because it felt the two could not exist without each other.

There has been varied public reactions on radio and on social media with some arguing that the government should have allowed the amendment Article 243(1) to go ahead in Parliament to make the position of Metropolitan, Municipal and District Chief Executives to be elective not on partisan lines.

In effect, some have argued that the government should have withdrawn only the Bill for the amendment of Article 55(3) which prevents political parties to take part in local level elections.

But responding in the radio interview on Citi FM, Mr Oppong Nkrumah argued that “if you do that [amend Article 243(1)] and leave Article 55 (3) as it stands now, what you are by necessary implications saying is that we are making the positions of MMDCEs elected. Anybody can contest for it except political parties…That is an anomaly. If you are making the position elected, everybody must be allowed to run for it including political parties.”

“The amendment of 243 (1), by necessary implication, requires that we take away the bar on political parties so that while independent candidates can participate at the local level, everybody else can contest including political parties.”

Mr. Oppong Nkrumah said the government was insistent on breaking the “exercise in hypocrisy” at the local level, which is already known to have unofficial partisan influences. He added that the government was also concerned “about accountability and breaking the winner-takes-all jinx. These two are things that are being solved together at the same time with this exercise.”

Mr. Oppong Nkrumah also assured that President Nana Akufo-Addo was not being vindictive and withdrawing Article 243(1) Amendment Bill because he could not have his way with the referendum. He is hopeful that as we move along and we engage and we explained it a bit more and we get that consensus back, we can still achieve the same objective in a very short period of time.”

In an address announcing the cancellation of the referendum, President Akufo-Addo said he could not go ahead without “a durable national consensus” on the matter. But he said he was confident the YES vote would have triumphed had the referendum come on. The government has since faced criticism for its decision to withdraw the Bill. Civil Society Group, OneGhana Movement, in a statement, said it was disappointed the Bill had been aborted.

The Chamber for Local Governance (ChaLoG) also expressed disappointment and questioned if the Akufo-Administration was committed to pursuing the election of MMDCEs as it had promised in its 2016 election manifesto. 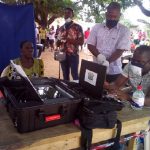