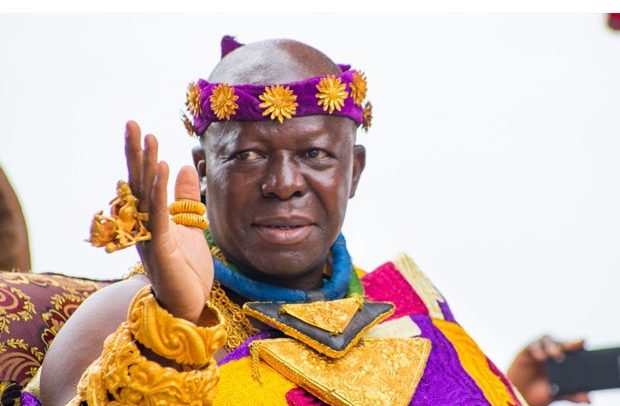 “The bullet is stronger than the bullet”

“OTUMFUO OSEI TUTU II, ASANTEHENE on Sunday, 14th December, 2021, at the launch of the commemorative gold coin, made such a powerfully remarkable speech that mesmerized all followers of politics in Ghana. Criticizing the uncompromising stance adopted by both the Majority and Minority sides in Parliament, he noted: “When the art of governance becomes overly rigid and inflexible, it invites the search for an irresistible force and an unorthodox path for resistance. Or, if you like, when you tempt fate too often, you risk the danger of fate descending with unintended consequences”. He observed that a single word that symbolizes the life blood and soul of democracy is “compromise”. Like Andreas Gross, a leading Swiss political scientist who insist that “democracy is an unfinished work of art”, Otumfuo remarked: “The people listen, observe and weigh what their leaders do over time and pass their judgment at the appropriate time…”

He appeared to be speaking in parables. In what seems to be a direct reference to Parliamentary duties he stated: “Governments must always have the humility to acknowledge and embrace useful inputs from all sources”. Then swinging the table to the other side, he insinuated: “Our representatives should bear in mind that it is not their role to either determine policy for the Executive or frustrate the Executive from performing its legitimate role”.

Otumfuo urged the Parliamentarians to lower the temperature and allow the governance process to proceed to enable the people to “retain their exclusive rights to pass judgment on how they have been governed at the appropriate time”.

Any astute political thinker in Ghana will appreciate the fact that “chieftaincy” is one institution that has stood the test of time, and one that we resort to whenever the political temperature gets very hot.

Tracing the origin of “chieftaincy” from the past to the period of colonial rule in the Gold Coast S. A. Brobbey in “The law of Chieftaincy” notes that “life was organized by and revolved around the leader or head of the community… The leaders were invariably individuals who led their people into war, rescued them from war, liberated them from domination or slavery, united them against divisive occurrences, saved them from a succession of calamities and catastrophies or founded settlement areas where they lived and worked. The leaders could also be people who had distinguished themselves by some outstanding or unique achievement in their community…” You could call them “primus inter pares” (first among equals).

Throughout history, there have been times when government had tried to dislodge chieftaincy and incurred the wrath of the citizens. One may recall the Nkrumah days when the first Ghanaian president threatened chiefs and warned them that they would “run away and leave their sandals behind them”.

Given the present political thinking, it is impossible for anyone to “contemplate the abolition of the status of their chief or chieftaincy, at least not for now”.

In talking about the “attributes of a chief”, S. A. Brobbey notes that he should be a person who “possesses special qualities, has unblemished character and is bold. He is considered as the epitome of good manners, gentility and custodian of tradition and customary law. He is respectable, respectful and law abiding. The position he holds is an exalted one and of extreme importance among his people….”

Article 270 of Ghana’s 1992 Constitution guarantees chieftaincy and traditional institutions which were in existence before the promulgation of the 1992 Constitution. Article 270 (1) provides that: “The institution of chieftaincy, together with its traditional councils as established by customary law and usage, is hereby guaranteed”. Article 270 (2) stresses that: “Parliament shall have no power to enact any law which  (a) confers on any person or authority the right to accord or withdraw recognition to or from a chief for any purpose, or (b) in any way detracts or derogates from the honor and dignity of the institution of chieftaincy”.

Act 759, the Chieftaincy Act statutorily authorizes the settlement of disputes by chiefs, and our courts duly recognize this development. For this purpose chiefs are banned from taking part in active politics.

That is why Nana Asor Nkrawiri II Omanhene of the Sunyani Traditional Area incurred the displeasure of many “political watchers” when prior to the 2016 election, he proclaimed at a rally that the (then) Brong Ahafo Region would vote 80% for the NDC! Professor Ransford Edward Yaw Gyampo thinks chiefs “lose their own influence and respect by making open partisan remarks that place needless partisan tags on them as NPP/ NDC chiefs… Max Weber’s insistence on ‘political neutrality of bureaucrats’ did not mean they should not vote, but rather that they should not identify themselves with any one political party. This must apply to chiefs too. The Parliament in Ghana has incurred world-wide opprobrium for “trading punches” during the last debate on the e-levy. It breaks one’s heart to switch the television to BBC among others and hear on Africa News: “A massive brawl broke out in the Ghanaian Parliament on Monday following a dispute over a proposed tax on electronic transactions. The skirmishes rocked the floor Monday night with some leaders seen throwing punches, ripping skirts and throwing kicks at one another. The disagreement was further sparked by the absence of the speaker, Mr. Alban Bagbin even as the house finance committee tabled the motion”. But, where was the speaker, Alban Bagbin? We hear he was unwell, and had indicated that he was excusing himself to take some medication. However, there is the “conspiracy theory” that it was a scheme by the NDC Minority to get either the 1st Deputy Speaker or 2nd Deputy Speaker to take the Speaker’s chair so as to whittle down the NPP’s “majority” during the voting for the e-levy. CCK Duah, a colleague, whilst alive used to say: “It ha’ happened”. The Parliamentarians have failed to live up to expectation. They have disregarded “Solomonic advice”. What lessons do they leave for our children? Do they deserve the title “Honourable”? Why were we taught the philosophies of Socrates, Aristotle, Plato, Hobbes Locke, Montesquieu and Rousseau at Political Science lectures? The Peace Council has added its voice to the condemnation of Parliament by the unruly behaviour.

To all those who were singing: “Revo, revo…” they are urged to read Professor Mike Oquaye’s: ‘Politics in Ghana’, notably pp 216 and 217: “A coup’s Glory is momentary” and “Effect (of coups) on Democratic Institutions”. Note this: Whenever a military junta seizes power it means the end of representative government. But to destroy Parliament is to destroy the soul of the people because Parliament is the embodiment of the people… It is the forum of the nation’s ideas; an avenue for ventilation of grievances… and it is the school where future political leaders are trained. To have replaced this institution comprising a whole array of men of all shades of opinion with different educational backgrounds and from all walks of life, with a handful of soldiers would lead to nothing but disaster”. Hmm. Joyeaux Noel, Frohe Weinachten, Feliz Navidad, Buon Natale…