Over 200 excavators evacuated from forest reserves 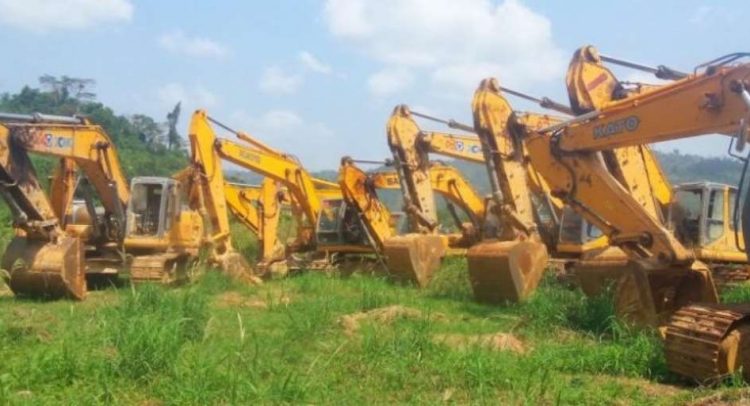 Information gathered from sources in the mining regions indicate that following the directive of the Minister for Lands and Natural Resources, some 200 excavators have been evacuated from the various forest reserves by illegal miners.

The deep throat reports indicates that the excavators were removed from forest reserves in Juabo, Upper Wassa, Konogo Kobro, and the Apaparama forest reserve.

It will appear the miners are responding to the renewed commitment on government to crackdown on illegal mining particularly the RED ZONES which are Waterbodies and Forest Zones.

The evacuation of the excavators follows a directive by the Hon. The directive in respect of the RED ZONEs takes effect tomorrow, Friday 30th April, 2021.

It will be recalled the Minister’s directive was issued on 21st of April, 2021, suspending all activities and operations in respect of any reconnaissance licences
and or prospecting in forest reserves until further notice.

Sources are that, government is absolutely determined to flush out miners from the RED ZONES, that is forest reserves and waters bodies thus the military operations which is ongoing.

Skeptics are concerned about sustainability.

Painter In Court For Burning Girlfriend’s With Hot Iron