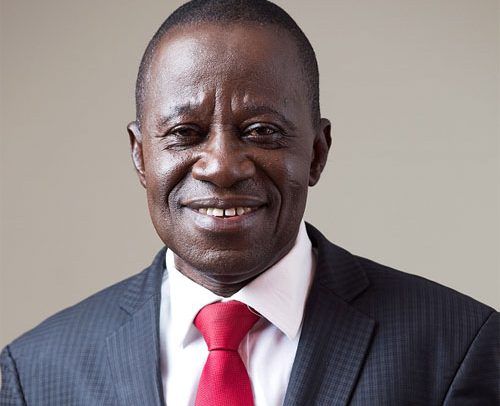 STATE-OWNED oil and gas marketing company, GOIL, is set to begin production of poly-modified bitumen (PMB) popularly known as asphalt and bitumen emulsions by September this year, as its construction of a new bitumen depot in Tema nears completion.

The €23 million bitumen site, a novel idea which is one of its kinds in Africa, has two plant facilities – PMB which is 100% owned by GOIL and Raw Bitumen (which is being done in partnership with an Ivorian company SMB).

The Managing Director, Kwame Osei Prempeh, disclosed this during a facility inspection by the Minister for Roads and Highways, Kwasi Amoako-Atta on Wednesday.

According to him, ORSAM Limited, a member of the ORTEC Group, is undertaking the two-in-one project, explaining that the role of SMB in the joint venture is to bring in and stock the raw bitumen for the production of asphalt by GOIL.

“It is our hope that we will be able to support the government to deliver on its promise of a year of roads,” Mr. Prempeh stated and added that the production of PMB in Ghana would be a game changer for road construction in the country. 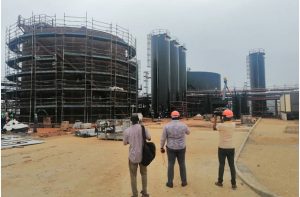 The Roads and Highways Minister, Kwasi Amoako-Atta, who was elated by the project, said the local production of PMB could help the country improve the quality of its roads.

He noted that this means PMB would be readily available to be used to surface roads, asserting that the opening of the first Ghanaian bitumen factory was an “important milestone”.

He noted that every Ghanaian knows what nuisance potholes can be, and that if PMB, which hitherto is imported from Brazil, can be produced in Ghana, while creating employment for the country’s workforce, it is a double lucky break.

“I am told 80% of the work on the plant facility has been completed. I wish this project was completed yesterday,” the minister posited and added that the ministry and its allied agencies and contractors would be obliged to consume the production of the PMB by GOIL.

Conventional roads use crude oil to make bitumen which binds the rocks, limestone and sand and Ghana has been importing bitumen from Ivory Coast and Brazil.

Over 200 excavators evacuated from forest reserves