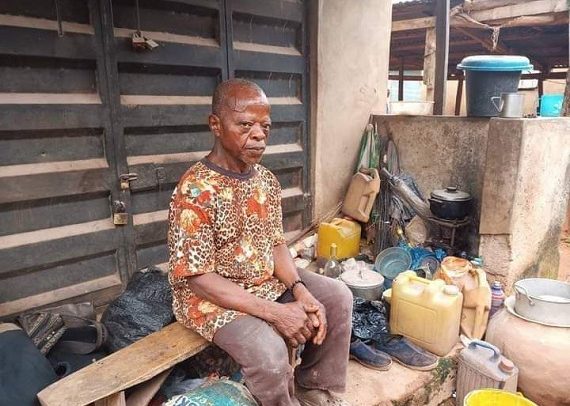 It was recently revealed that the veteran actor has been homeless for a while.

Chinyere, who is the senior pastor at Omega Power Ministry, reached out to the homeless actor after reports of his situation went viral on Monday.

According to him, the actor will be given accommodation in one of the ministry’s free estates in Rivers State.

In series of posts shared via the official page of the church on Tuesday, July 5, 2022, the veteran actor was welcomed to Port Harcourt while his accommodation was sorted.

“The veteran Nigerian actor Kenneth Aguba who was recently found homeless has been found by the General Overseer of OPM, Apostle Chibuzor Chinyere, he has been given an accommodation at one of the OPM free estates, he is now at the OPM free hospital for medical checkup. God is great,” the post read.

Aguba went viral on social media after a Twitter user revealed that he had been living in a dilapidated building after becoming homeless.

Popular for playing comic and ‘red cap’ chief roles, Aguba has been in over a dozen Nollywood home videos.

Since the viral photos, the Actors Guild of Nigeria (AGN) has come under intense criticism, with disturbed fans questioning the Guild’s mandate.

While the AGN is yet to react to Aguba’s viral photos, its national president, Emeka Rollas, has made recent moves to address crowdfunding for veterans in distress.

'Support Each Other In Africa'