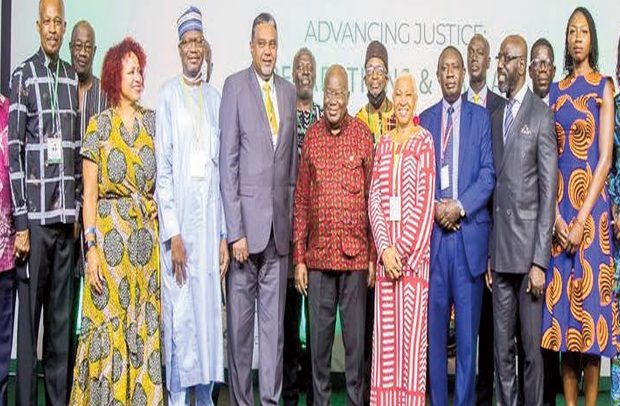 PRESIDENT AKUFO-Addo is not leaving anything to chance in his quest to seek reparation for over 20 million Africans whose freedoms were sold into slavery during the Trans-Atlantic Slave Trade.

He thinks their compensation, which remains unpaid, is long overdue.

According to him, persons in countries such as the United Kingdom (UK) who owned slaves, received reparations whereas those who were enslaved did not receive any payments at all.

Speaking at the ‘Advancing Justice: Reparations and Radical Healing Summit’ in Accra yesterday, he noted that the time has come to intensify discussions about reparations for Africans who were affected by the slave trade.

The effects of the slave trade, according to the President, “has been devastating on the continent and the African diaspora” and that “the entire period of slavery meant that Africa’s progress; economically, culturally and psychologically, was stifled.”

“There are legions of stories of families who were torn apart. You cannot quantify the effects of such tragedies, but they need to be recognised. Africa, her people, lost out tremendously in that period and its ripple effects are still being felt right to this very day. Reparations for Africa and the African diaspora are long overdue,” he said.

Likewise, he indicated that “In the United States, owners of slaves received 300 dollars for every slave they owed,” whilst “the slaves themselves received nothing.”

“Take the case of Haiti, which had to pay reparations amounting to 21 billion United States dollars for French slave owners in 1825 for the victory of the great Haitian revolution, the first in the Americas and the Caribbean which freed the slaves. It was a payment made under duress that impoverished Haiti throughout the 19th century till today,” he added.

He, therefore, noted “So it is time for Africa, 20 million of whose sons and daughters had their freedoms curtailed and sold into slavery, to also receive reparation,” insisting “no amount of money can restore the damage caused by the Trans-Atlantic Slave Trade and its consequences which have spanned many centuries.”

President Akufo-Addo added, “It is now time to revive and intensify the discussions about reparations for Africa. Indeed, the time is long overdue.”

The summit in Accra is being held to discuss and examine options for addressing the reparation intervention gaps in the world.

Organisers believe that existing interventions are half-hearted; the campaigns appear uncoordinated and there seems to be a lack of a comprehensive strategy and agenda for reparations.

Additionally, the Accra Summit seeks to create a platform for the unification of a transcontinental plan for reparations.

It will also provide an opportunity for various actors on the continent and from the diaspora to commit to redefining strategy, build bridges and engender trust in the global campaign.

The summit will also explore healing approaches from the continent as well as begin a dialogue process that will unpack the role of Africans in the slave trade.

It will also offer an avenue for defining and agreeing on areas of collective advocacy, and will introduce new approaches for racial communal healing and critical reflections to address various harms suffered.