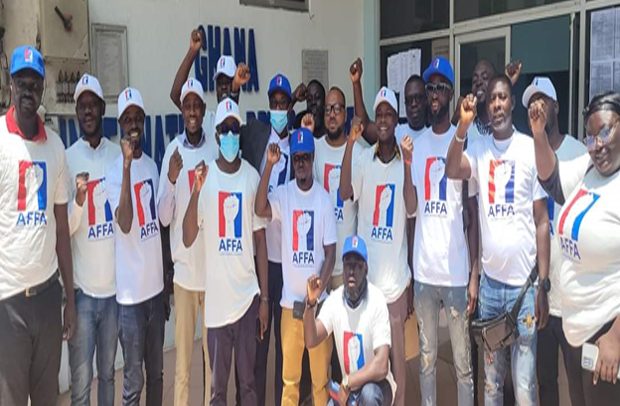 A PRESSURE group of the ruling New Patriotic Party (NPP), the Alliance For Footsoldiers Advocacy (AFFA), is appealing to President Akufo-Addo to reshuffle his ministers as a matter of urgency.

According to the group, this appeal is a passionate one to President Akufo-Addo to shake up his government and reshuffle his appointees (particularly non-performing Ministers, Deputy Ministers, Metropolitan, Municipal and District Chief Executives as well as some CEOs of some state institutions) to pave way for more competent and selfless hands to bring their expertise to bear on his administration.

The group, in a statement issued and signed by D.T. Adomako, Executive Secretary, AFFA, said the ministers of state who have almost abandoned their ministerial duties to chase presidential dreams must either be forced to resign or be fired from the government.

The group said the ministers have been tolerated for far too long, and their continuous stay in office was distracting government business, adding that it was time to show them the exit, and give opportunity to those who are ready and prepared to serve in the interest of the party and the government.

“Inarguably, the NPP is known to have the men and women, and rightly so! It cannot be the case that we have suddenly run out of human resources such that we are compelled to maintain the same old crop of appointees for six years. Ghanaians expect much from us and we cannot fail them.  Mr. President, there is an urgent need for a shakeup in your government,” the group pointed out.

“Here, we bring to the attention of the President, a Facebook post made by Gabby Asare Otchere-Darko, (former Executive Director of the Danquah Institute and close associate of the government) last Monday which reads, ‘It is as if a reshuffle will suddenly end the war in Ukraine, bring down inflation and make the cedi stronger than the dollar’.

“We find Gabby’s comment very provocative, insensitive, reprehensible and show of arrogance. In this period of growing apathy and anger among the rank and file of the party, the least a leading member of the NPP and, or, a close associate of the presidency should do is to calm nerves, and not to rub it in our faces. Those whose actions and inactions incense the grassroots must be admonished to refrain from same,” the statement added.

The group, however, urged the President to listen to them and act immediately to make his government vibrant and proactive for ordinary Ghanaians to have confidence in the NPP administration.