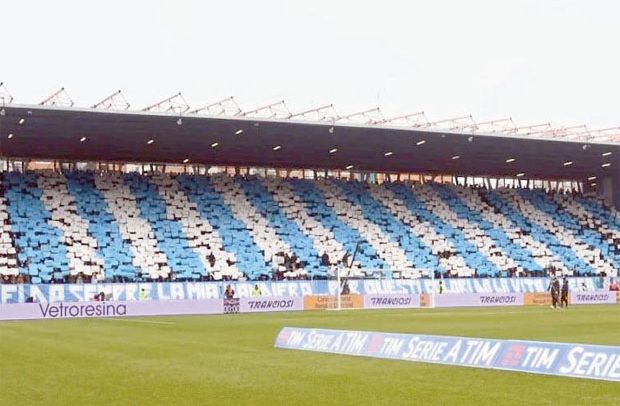 A severed pig’s head was found outside the training ground of bottom-of-the-table Serie A side SPAL on Thursday, the club announced.

Bottom club SPAL have won only once since the restart and were recently beaten 6-1 at home by Roma, having seen relegation to Serie B confirmed after a 2-1 loss to Brescia in the previous match.

Alongside the pig’s head was a banner, which read, “Pigs of Ferrara out”—a reference to the city the club are based in.

“I have no issue with protests taking place but there are ways,” President Valentina Ferozzi said.

“I don’t know who it was who left the banner outside the G. B. Fabbri Sporting Centre but using the decapitated head of a poor swine is in really poor taste and certainly does not do justice to our fan base, who deserve better for how they have behaved. Forza Spal.”

SPAL enjoyed a meteoric rise to Serie A, having only been promoted to the second tier in 2016 for the first time in 23 years and won Serie B at the first attempt.

They ended the campaign in 17th place before finishing in 13th the following term—a season which included a 2-1 victory over champions Juventus.

However, 2019-20 has been a disastrous campaign on the field with Leonardo Semplici sacked as manager and replaced by Luigi Di Biagio in February, who won just one of his 14 matches in charge with 11 defeats.