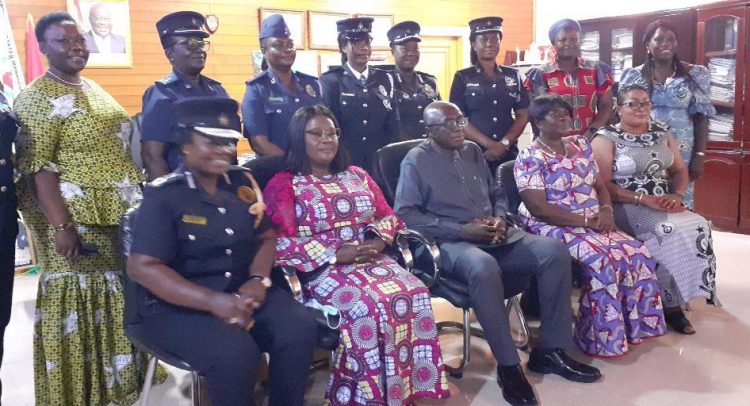 Deputy Minister for the Interior, Naana Eyiah Quansah, has assured members of the Police Ladies’ Association (POLAS) that they will be fairly represented at decision making levels in the Service.

She promised to work towards the achievement of the group’s 40 percent representation at the leadership positions in the Police Service and called for the support of all.

Ms Quansah said female personnel who qualified to serve at top positions just as their male counterparts in all the security services would be placed at such positions.

Director-General of Welfare of the Ghana Police Service, and President of POLAS, Commissioner of Police (COP), Maame Yaa Tiwaa Addo-Danquah, said the 28 per cent female Police women in Ghana did not represent the gender parity per the United Nations standards.

She was happy that the female population had increased from 12 in 1952 to 10,999 in 2021, but was dissatisfied that only a small per cent occupied top positions at the Police Management Board (POMAB), regional, divisional, and district commanders, though they qualified.

She said out of the total of 75 Assistant Commissioners of Police (ACP), only seven were females, adding that, whereas 28 were Chief Superintendents, their male counterparts were 169.

She said a number of policewomen were qualified to do more challenging jobs both locally and internationally and must be encouraged.

The Group later presented a gift to the Deputy Minister.
GNA

2 Books Of Dr Doris Dartey Launched In Her Memory