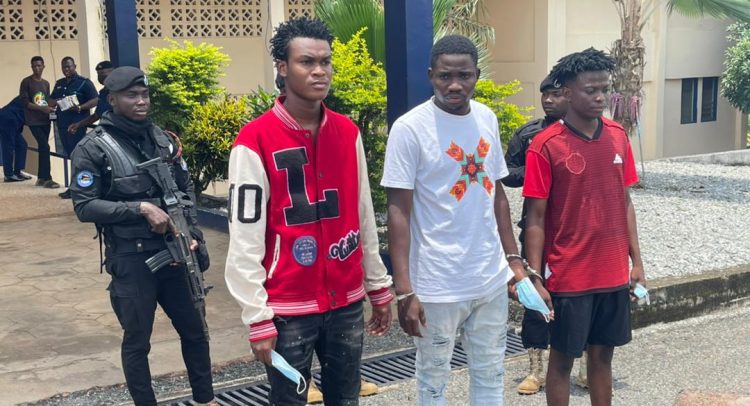 The Police in the Volta Region have arrested three persons defrauding the unsuspecting public with the recent Police recruitment drive.

A news release from the Public Affairs Unit of the Volta Regional Police Command explained that they were arrested following a fraudulent Facebook publication seeking to assist potential applicants to get enlisted in the Ghana Police Service.

The suspcts are alleged to have used the name of the Volta Regional Police Commander, DCOP Edward Oduro Kwarteng to create the fake page.

The release which was signed by the Public Affairs Officer, Deputy Superintendent of Police (DSP), Effia Tenge said preliminary investigations point to the fact that “many victims have paid various sums of money to the fraudsters with the hope of being favoured in the ongoing recruitment process.”

DSP Tenge stressed that the Police Command is not in anyway responsible for recruiting persons into the service, as such applicants should be wary of supposed ‘protocol’ allocations being offered all over the place.

She assured that the Police Command is resolute in pursuing recruitment challantants defrauding the unsuspecting public.

She therefore advised the public to be alert and promptly report any kind of scam in the region for swift action.

This latest arrest brings the total number of persons arrested in relation with recruitment fraud in the region to eight.