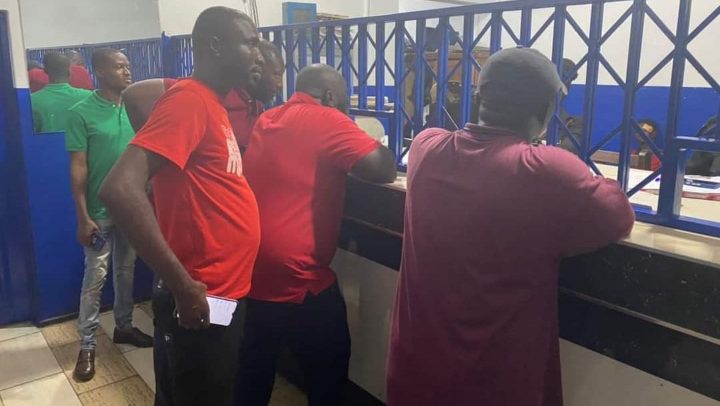 The Ghana Police Service has indicated that it will not spare persons involved in the violence that characterized the demonstration organised by NDC led pressure group, Arise Ghana.

At least some 29 members of the group have been picked up by the police in connection with the violence as police are hunting for more suspects.

They are being held at the headquarters of the Criminal Investigation Department (CID) and other police stations where they have been denied bail as a result of procedural challenges.

A statement issued and signed by Chief Superintendent Grace Ansah-Akrofi, Director, Public Affairs of the Ghana Police Service stated that the rioters were arrested for their attack on police and some members of the public including school children. 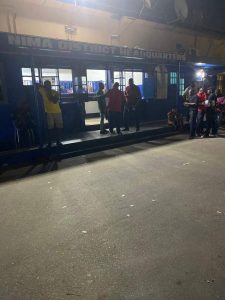 According to the police, “available footages of the event are being reviewed and all other persons identified for taking part in the attack as well as inciting the violence will be arrested and brought to justice.

“Also, the organisers of the demonstration will be arrested and put before court for attack and damage of public property, in line with the provision of Section 3 of the Public Order Act (ACT 491).”

Police have described as calculated falsehood and misinformation being peddled by the organisers and their cohorts, urging the public to disregard the untruth and treat them with contempt that it deserves since the footages and images speak for themselves.

Sources within the corridors of the police have told DGN Online that the rioters were denied bail last night so they could be prepared to appear before court today.

Police had to fire teargas into the crowd after some protesters decided to push the police who had built a barricade to stop them from taking unapproved routes by moving from the Kwame Nkrumah Circle towards the Ringroad Central leading to the Jubilee House as all attempts by the police to persuade them to use the court approved routes did not yield the expected result.
The altercation happened after organisers met with top officials of the police service to discuss the way forward following an obstruction when protesters tried moving from Obra Spot.

Police officials on the ground had suggested that organisers stick to the court’s assigned route for the demonstration, that is from Obra Spot through to the Independence Square.

But organisers of the Arise Ghana demonstration who did not agree to this insisted that they will use the Ring Road Central area through Ako Adjei Interchange to the Jubilee House.

After the meeting with the police, organisers returned to address the crowd about the situation but during this period, aggrieved protesters went against the police and tried pushing back the barricade.

Consequently, the police fired teargas to disperse the crowd who at a point was not only pushing against the police but attacking the police by pelting them with stones and objects, resulting in the injury of some 12 officers who were on the ground to provide protection.

Earlier statement issued by the police said 12 of their personnel got injured as a result of the incident.

The demonstrators also damaged police properties including their vehicles in the process as they further regrouped and burnt lorry tires on the road around Circle but police managed to put all the fire off.