Police Hunt For Robbers Who Attacked Gold Dealers At Manso-Mossikrom 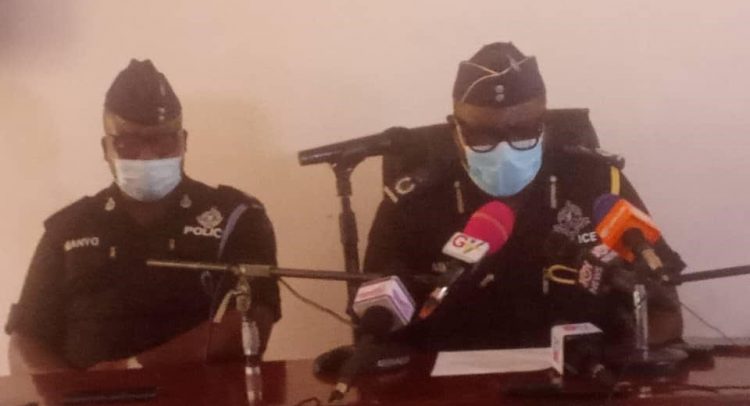 The Ashanti Regional Police Command has initiated investigations into an alleged armed robbery attack on some gold dealers at Manso-Mossikrom, a village in the Amansie-South District of the Ashanti Region.

The incident, occurring on Thursday, June 17, reportedly saw the six gun-wielding gang robbing their victims of quantities of raw gold and mobile phones, and an unspecified amount of money.

Deputy Commissioner of Police (DCOP) David Adjem Agyemang, Deputy Regional Police Commander, briefing the media in Kumasi, said the Manso Adubia District Police Command received a distress call at about 0200 hours, that there was an armed robbery operation going on at Manso-Mossikrom.

Based on this information, he said, the Police SWAT team stationed at the area proceeded to the scene, but the robbers had left when the team got there.
According to the Regional Deputy Police Commander, the robbers in their expedition shot and wounded two persons, who were later rushed to the St. Martins Catholic Hospital at Manso-Agoroyesum and the police in their search of the crime scene retrieved 15 empty cartridges.

DCOP Agyemang appealed to the residents in the community to be alert and not hesitate to provide the police with information that could lead to the arrest of the criminals.

In another development, the Regional Police Command has arrested three persons flaunting pistols and action guns on social media amidst threats.

The suspects, who are all siblings, and arrested at Gausu, a suburb of Obuasi, include Alfred Dakorah, 43, Emmanuel Dakorah, alias Obour, 26, and Richard Suleman, 28.

DCOP Adjem Agyemang said the fourth suspect was yet to be arrested to assist the police with investigation.
He said the police as part of investigations had retrieved from the suspects, one pump action gun with five empty cartridges.
GNA