Police Not Against Prophecies – IGP 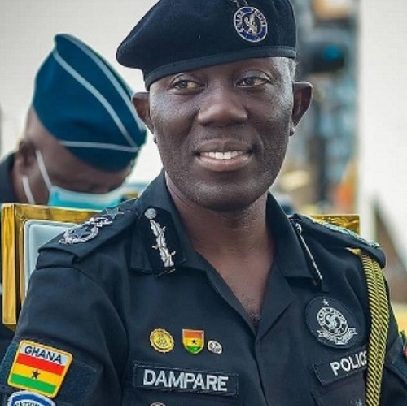 The Inspector General of Police (IGP), Dr. George Akuffo Dampare has said the Ghana Police Service is not against prophecies by men of God but the showmanship of causing fear and panic in the country.

Appearing before the Public Accounts Committee (PAC) of Parliament on Thursday 19th, January 2023, maintained that nobody has the right to cause panic and fear through prophecies.

“All the issues we have been putting across as an institution is to prove to Ghanaians we are not against prophecies. We are talking about communications of such prophecies that will end up creating fear and panic in our society which is unwarranted “.

“ Honourable Chair, before I became IGP no one prophesized about me, now I am IGP everybody is prophesying about me, I have no problem with it because I am a public figure. But why should it become a showmanship because God has revealed something about me to you? Why tell the whole country I am about to die”.

“You don’t put fear and panic in the person, the person’s immediate family and the extended family, and the whole country.”

Dr. Dampare since his appointment as the Inspector General of Police (IGP) on several occasions has cautioned religious groups and leaders to measure the way and manner they communicate prophecies to the general public.

The Police, in a statement dated December 27th, 2022 signed by the Director of Public Affairs, ACP Kwesi Ofori, indicated that over the years, prophecies of harm, danger, and death by some religious leaders have degenerated tension and panic among the Ghanaian society, thus, the reason caution against prophecies of such nature.

It stressed religious freedom is still subject to Ghana’s laws, hence religious leaders must ensure their prophecies do not injure the right of others and the public interest.

Fast forward to 2022, the Ghana police service subsequently cautioned the prophets against doomed prophecies as offenders are liable to five years jail term.

These warnings have forced some doom prophets to adopt different styles in communication prophecies.