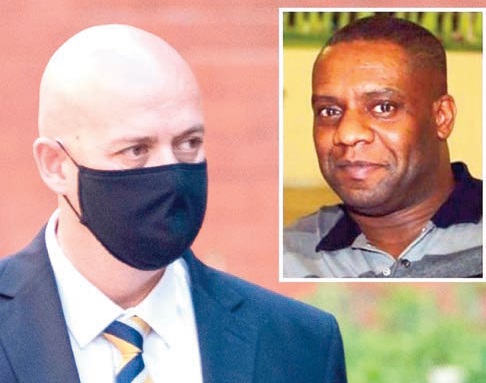 A police officer has been found guilty of manslaughter of former Premier League footballer Dalian Atkinson.

Atkinson died at the age of 48 in 2016 after an officer shot him with a stun gun in the street where the former footballer grew up in Telford, Shropshire.

PC Benjamin Monk was convicted at the Birmingham Crown Court on Wednesday after the court heard he tasered Atkinson for 33 seconds and kicked him twice in the head.

Monk, 43, denied any wrongdoing and was cleared by jurors of an alternative charge of murder.

Jurors reached the unanimous verdicts on Monk after 18 hours and 48 minutes following the three-week trial.

They are still deliberating on an assault charge relating to Monk’s colleague and former girlfriend, PC Mary Ellen Bettley-Smith.

The court heard that Monk discharged his taser three times at Atkinson and it was only successful on the third attempt where he overrode the system, holding down the trigger for 33 seconds — more than six times the standard deployment.

Atkinson was a top-flight striker in the 1990s and his solo effort for Aston Villa against Wimbledon during the 1992-93 Premier League campaign was voted “Goal of the Season.”

His contribution helped Villa to a second-place finish in the league that season and he scored 25 goals in 87 league appearances for the club.