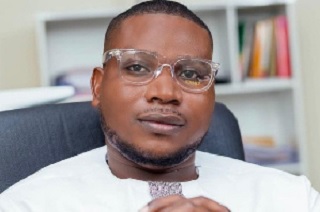 The Inspector General of Police (IGP), Dr. George Akuffo Dampare, is said to have already directed investigations into what “the Ghana Armed Forces (GAF) have described as a malicious publication about a so-called use of the presidential jet by the President’s family for a trip abroad.”

This follows a referral to the IGP to that effect by the GAF High Command as contained in a release from the Public Relations Directorate of the military.

The Executive Director of a pro-NDC group, Alliance for Social Equity and Public Accountability (ASEPA), Mensah Thompson, posted an allegation on his Facebook page on January 7, 2022 that the presidential jet of the Ghana Air Force was used by relatives of the President for a shopping trip to the United Kingdom between December 20 and 30, 2021.

Part of the allegation which has irked the Ghana Armed Forces stated that “so between 20th and 30th of December 2021 during the Christmas holidays, the children of a close relative of the President took Ghana’s Presidential Jet, the Falcon EX jet, on a trip to the UK just for Christmas shopping.”

While describing the allegation as “untrue, frivolous and without any basis,” the GAF pointed out for emphasis that “the said aircraft has not been to Europe for a very long time and this publication is therefore a figment of the author’s imagination.”

The foregone, the GAF explains, are verifiable as movements of the aircraft of the Ghana Air Force are captured in a task order.

The reaction of the GAF, one of the most scathing yet in recent times, regretted the tendency by some persons to distract the military from their core mandate of protecting the country’s territorial integrity against external and internal threats through such calculated tactics to undermine their image.

Ghanaians, especially politicians, the GAF have advised, should desist from dragging the image of the military into partisan politics even as they gave the assurance that the “Ghana Air Force platforms will continue to be used for the interest of all Ghanaians including its traditional role of maintaining fighter ground attack capabilities and providing close air support during operations, as well as providing transport support to the Ghana Armed Forces. We will continue to provide surveillance over the air space of Ghana and over the Exclusive Economic Zone of the country.”

Mensah Thompson, the man behind the malicious and mendacious publication, is not new to the dissemination of spurious matters on the media space in the country.

His earlier allegation that President Akufo-Addo’s brother, Edward, aka Bumpty used the presidential aircraft for a trip refers. Although it turned out to be spurious like earlier allegations, he did not apologise and the President’s brother sued him in court.

He also tried to impugn the integrity of the Electoral Commission (EC) with a wild allegation which also fell flat in the face of facts which quickly popped up.

This latest allegation appears to have pierced his underbelly, compelling him to quickly retract and to apologise for the goof.

He has apologised to the GAF for wrongly stating that the presidential jet was used by relatives of the President for a trip abroad.

“I have had an extensive conversation with the PRO of the Ghana Armed Forces pursuant to the usage of the Presidential jet by the children of the relatives of the President.

“In the same medium I made the earlier publication, I withdraw the publication pending an official response from the GCAA. I unreservedly apologise to the Ghana Armed Forces if their image was in anyway affected by my publication. We shall put out for your consumption the response to our request from the GCAA records of the Falcon 900-EX,” he stated.

Ironically, Mensah Thompson’s apology is limited to the GAF, leaving out the President and his family who were alleged to be beneficiaries of the so-called Falcon-EX UK sortie.

Many have responded scathingly to the allegations put out by the ASEPA man and his subsequent retraction.

The New Patriotic Party’s (NPP) National Youth Organiser, Henry Nana Boakye, aka Nana B, a lawyer, in his reaction to the spurious publication has asked for his subjugation to the full rigours of the law to serve as deterrent to others.

He said in a statement that “it does appear that Mr. Thompson from ASEPA has the penchant of spewing outright lies and false allegations ostensibly to incite the public and endanger lives. He persists in doing that, brazenly, because he always gets away with it regardless of the magnitude of such evil lies he peddles.”

According to him, Mensah Thompson hides behind social media to create confusion in the system, adding “we can’t look on for him to always peddle brazen and wicked falsehood and later turn around to say ‘I am sorry, I apologise for peddling falsehood’. There are laws in this country and he must face them squarely. He must be arrested immediately.”

He supported his stance with Section 76, of the Electronic Communications Act, 2008 (Act 775) which states that: “(1) A person who by means of electronic communications service, knowingly sends a communication which is false or misleading and likely to prejudice the efficiency of life saving service or to endanger the safety of any person, … commits an offence and is liable on summary conviction to a fine of not more than [thirty six thousand Ghana Cedis] or to a term of imprisonment of not more than five years or both.

“(2) A person is taken to know that a communication is false or misleading if that person did not take reasonable steps to find out whether the communication was false, misleading, reckless or fraudulent.”

Lighthouse Chapel Applies For Default Judgement Against Manasseh, Others

‘Clubs Have To Respect AFCON’