President Can’t Wait To Host You 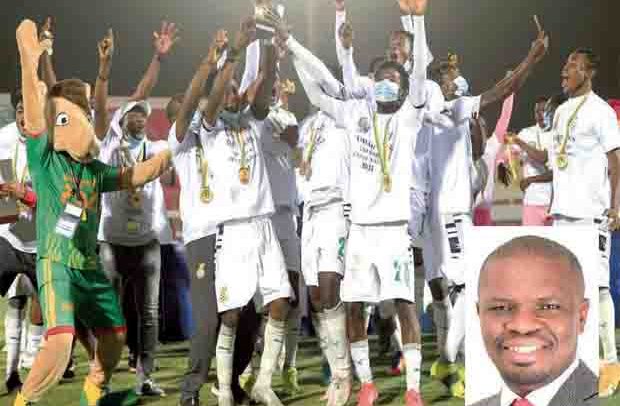 The Black Satellites have returned home from Mauritania after their CAF U-20 heroics.

A 2-0 win over their Ugandan counterparts on Saturday handed them their fourth AFCON silverware at the Stade Olympique de Nouakchott.

The feat was greeted with a heroes’ welcome when the contingent landed at the Air Force via a chartered flight on Sunday.

The Sports Minister, Mustapha Ussif, congratulated the team for the feat which coincided with the country’s 64th Independence anniversary.

He told the team, ”On behalf of the President and the people I welcome you and congratulate you for lifting the flag of Ghana high on the global map.”

He added, ”Three weeks ago, you left this country empty-handed but today you have returned with a trophy and gold medals. This is a befitting Independence anniversary gift.

”The President is so proud and excited about what you have done and he can’t wait to receive you at the Jubilee House.”

'Bale Has Recovered From Psychological Scars'