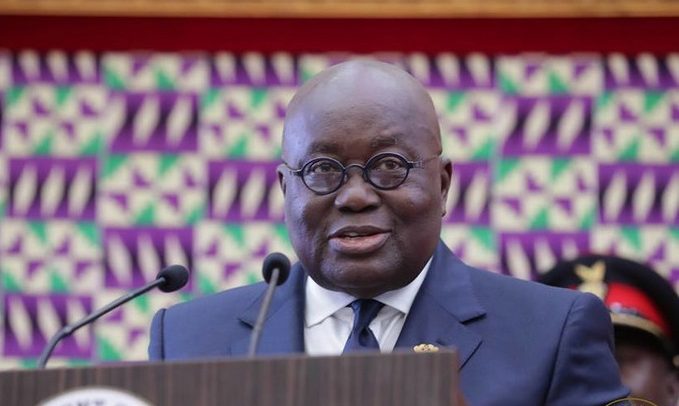 President Nana Addo Dankwa Akufo-Addo will today deliver his State of the Nation Address (SONA) in Parliament, with a huge uncertainty over whether or not the Minority members will participate in the programme.

Expectations will be high among the public because of the fact that this year is an election year.

Immediately after adjournment of yesterday’s proceedings, members of the Minority went straight into a crucial closed-door caucus meeting at the Justice D.F. Annan auditorium in Parliament.

It was not clear whether the Minority wanted to participate and spring up a surprise or completely boycott the SONA.

The Minority led by the First Deputy Chief Whip, Ahmed Ibrahim, last week in Parliament threatened to boycott today’s SONA by the President, alleging that the government is intentionally holding up the Common Fund for Members of Parliament (MPs) so that they (Minority members) will not get money to undertake developmental projects in their various constituencies in the run-up to the general elections on December 7.

According to the National Democratic Congress (NDC) Members of Parliament (MPs), the government owes MPs about three quarters of Common Fund and that is seriously affecting development in the various constituencies.

When DAILY GUIDE reached out to some Minority MPs for their expectations in today’s SONA by the President, they said they would not speak until after the address is delivered.

The NDC MP for Lower Manya Krobo, Ebenezer Okletey Terlabi, who agreed to be interviewed, said his only expectation in today’s SONA is for the President to give a comprehensive account of his government’s fight against illegal mining, popularly known as “galamsey”, claiming it was the only promise made by the President while in opposition that he would sacrifice his Presidency to ensure that galamsey activities are brought to an end so that the country’s water bodies would be clean again.

The Minister for North Western Region who is also the New Patriotic Party (NPP) MP for Bibiani-Anhwiaso-Bekwai, Kingsley Aboagye-Gyedu, said he expects the President to tell the nation the impact the Free SHS policy has had on the socio-economic lives of parents and also the numerous projects that will be undertaken this year, especially in the road sector.

Meanwhile, the second Deputy Majority Chief Whip and NPP MP for Trobu, Moses Anim, has told journalists that there will be strict security arrangements for today’s function and that he expects everyone who will be attending the function to properly behave and comport themselves to avoid any embarrassment.