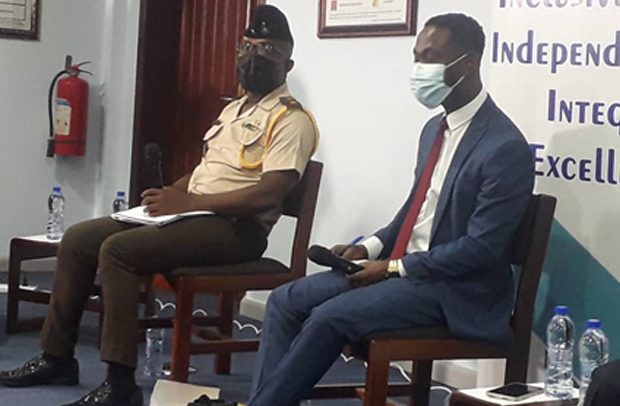 The prisons in Ghana are overcrowded as the authorised prison population of 9,945 has been exceeded by 3,247 inmates, said ASP Stephen Okai Aboagye of the Ghana Prison Service.

The senior officer attached to the legal unit of the service said overcrowding in prisons has made it difficult to reform and also segregate inmates based on risk assessment conducted, leading to contamination of inmates.

He was speaking as a panellist at a Roundtable Discussion organised by the Ghana Centre for Democratic Development (CDD-Ghana) on the need for non-custodial sentencing in Ghana.

He revealed that the Prisons Service spends about 90 per cent of its budget on feeding of inmates as government allocates GH¢1.80 pesewas for three square meals a day.

Executive Director POS Foundation, Jonathan Osei Owusu, said the inclination of laws which tends to be punitive than reformative or rehabilitative has led to congestion, which has among other things brought in the problem of hardening of criminals.

He, therefore, said that it was imminent for government to explore other alternatives such as non-custodial sentencing to deal with crimes since it would help reduce the pressure on facilities while reducing the burden of government to cater for inmates.

He further called on the Ministry of the Interior to put pressure on cabinet to work on a bill on non-custodial sentencing, which has been laid before cabinet prior to the 2020 general elections.

“The only reason why the bill couldn’t go through was because of elections and now that elections are over, we need to submit a memo to cabinet for work to go on,” he said.

Assistant Director at the Ministry of Interior, Gifty Quaye, noted that the law makes room for other forms of non-custodial sentencing in the areas of fines, bond, suspension and probation which are being implemented.

The element of community service which is missing in the law books, she indicated, was yet to be aligned to the Criminal Offences Act 30.

Introduction of such legislation, she said, would require careful deliberations and establishment of structures, adding that “before you pass a bill you need to look at the dynamism of the community or country that we find ourselves. We have to learn best practices and see how we can domesticate it into our setting.”