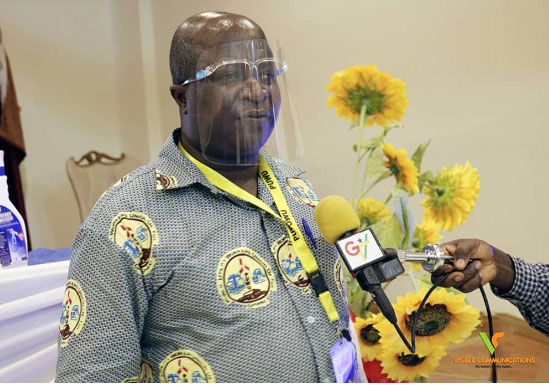 The Public Utilities Workers Union (PUWU) has re-elected Michael Adumatta Nyantakyi, as its General Secretary, for a second term.

The Deputy Secretary of PUWU, Richard Amiibah Nyaaba, was also retained for another term in office during the 12th Quadrennial National Delegates Conference of the union held at the PUWU Hospitality and Conference Centre at Kasoa in the Central Region.

The conference was held under the theme, “Re-positioning the union in the face of emerging challenges in the world of work.”

Mr. Nyantakyi, who was unopposed in the elections, indicated that the administration’s good works and achievements in the first four years, partly accounted for the overwhelming support from union members.

“We came into office in a period when there were issues especially surrounding the ECG concession and we did our utmost in the form of advocacy and media campaigns to really bring the issues to the fore and why we think giving ECG out was not the best. So at least that determination and commitment we demonstrated were key,” he said.

Mr. Nyantakyi further indicated that his first term in office also saw the creation of a website for the union which had been very active.