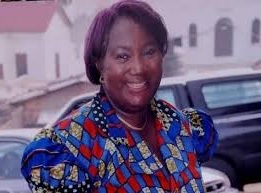 The late former regional minister who was ill for a while died while receiving treatment at the Effia Nkwanta Regional Hospital in Sekondi in December 2019.

Japheth Baidoo, Western Regional Organizer of the NDC, confirmed the sad story and said funeral rites for the late former minister would be held from February 7 to 9, 2020.

The late Esther Lily Nkansah was a lawyer and the last Western Regional minister to serve under the Rawlings’ administration from 1997 to 2000.

In 2010, she was named in a 10-member board of Bank of Ghana by former President John Atta Mills to assist the government with its ‘Better Ghana Agenda’