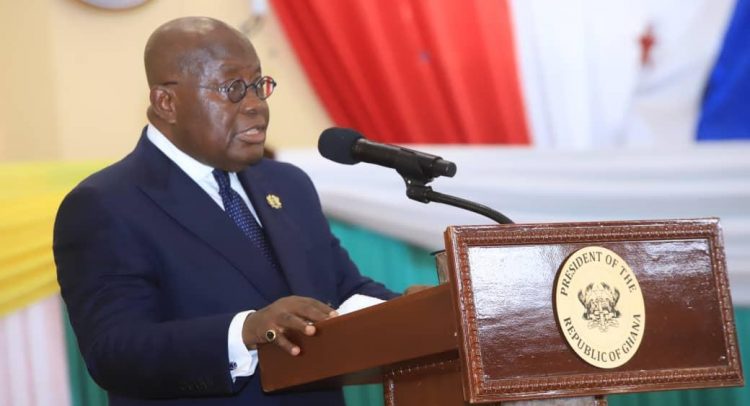 President Akufo-Addo could not have put the causes of regime extension by bad political leaders any better than he did when he addressed the high-level ECOWAS seminar in Winneba last Wednesday.

Coming in the wake of the recent obnoxious military intervention in Mali and Guinea, the seminar sought to ensure that the constitutional order is not tampered with by leaders obsessed with extending their terms.

We cannot but re-emphasise President Akufo-Addo’s observation that when political leaders manouvre to alter their constitutions to enable them to extend their term limits their relationships with the electorate become toxic.

Unfortunately, such leaders rely on sycophants who only tell what they want to hear. Such lies about their non-existent popularity only deceive them to continue living in delusion.

The anomaly prompts intervention by military adventurists as observed in the two countries as noted in an earlier paragraph.

Because of the non-existence of appropriate protocols to obviate the alteration of constitutions the beyond-two-term leaders have always had a leeway to do as they wish.

Unfortunately the non-interference in the internal affairs of member countries clause in the ECOWAS protocol has had a debilitating effect in the management of the obnoxious subject under review.

The Guinean junta leaders have already downplayed the suspension of their country from ECOWAS shrugging it off as it were as a non-starter.

When however there is resistance to their rule and sometimes bloodshed ECOWAS is unable to maintain a long silence. Eventually military intervention is ordered to stop further bloodshed at a cost to individual member countries of the economic bloc.

Much as we commend the wisdom in convening the high level seminar at the behest of the ECOWAS Parliament we nonetheless think a more brusque approach should be adopted in dealing with the constitution manipulators in the future. Only such an action will provide the necessary bulwark against the military interventions we have witnessed recently.

Beyond condemning the manipulation of the constitutions we wonder though how much leverage the economic bloc can bring to bear upon the defaulting bad political and greedy leaders.

The economic bloc we think can look beyond their noses and engage broader platforms such as the African Union and even other international good governance forums for solutions.

A conversation at such wider forums would provide the necessary and effective response to the nonsense of regime extensions. Enforceable sanctions should be applied to suffocate such greedy leaders.

Citizens of countries which have endured extended terms, unable to raise their voice against the anomaly can only hit the streets to hail the boots in their government houses.

West African countries, Anglophone and Francophone have come a long way from their colonial past and should have grown beyond the crap of the abuse of their constitutions.

There is a three termer next door. Has ECOWAS told him in the face that he is not a role model for others to emulate?

Sexual Predators Have No Business Around Children