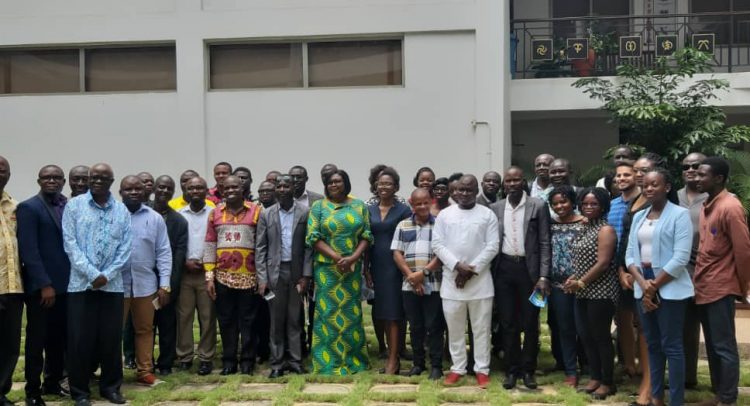 Government has been urged to take a second look at the ban on the recruitment of Ghanaians for domestic work in Gulf countries.

The temporal ban which was announced by the Ministry of Employment and Labour Relations two years ago was part of measures to curtail the many reported cases of human rights abuses faced by some Ghanaian domestic workers in those countries.

The Labour Department as part of the measures suspended the issuing of licenses to employment agencies who engage in such businesses.

However, Professor Mariama Awumbila, Director of Migration Out Of Poverty (MOOP) Project and the Principal Investigator, ‘Migration and Industry’, University of Ghana, (UG) believes that although the ban is in the right direction it is time government reviewed it.

According to her, anecdotal evidence is showing that people are still traveling to the Gulf States for domestic work, “but because there is a ban from here they cannot be recruited from Ghana so they go to other West African countries where they have not ban the movement and they go from there.”

Prof. Awumbila said the current practice only makes Ghanaian domestic workers more vulnerable to human rights abuses as their movement is no longer regulated by the Labour Department.

“They cannot monitor to see what is happening to people but once employers know that they are being monitored I think they will be more careful in the way they treat people and if there is any problem the embassy can step in and bring the person back,” she explained.

Prof Awumbila was speaking with Daily Guide on the sidelines of a research dissemination workshop on migration at the University of Ghana, Accra.

She said instead of banning the travel of domestic workers, government should consider going into bilateral agreements with the Gulf States to strengthen the monitoring mechanism and ensure that migrants are not abused.

She the National Migration Policy, passed in 2016 has recommendations on addressing issues of migrants’ rights but its implementation has not been encouraging.

“One of the first things we recommended was the setting up of the national migration commission so that it can be rolled out so if we start from whatever small level that commission will own the policy and start rolling it out. Most of the things we are talking about is in the policy,” she stated.