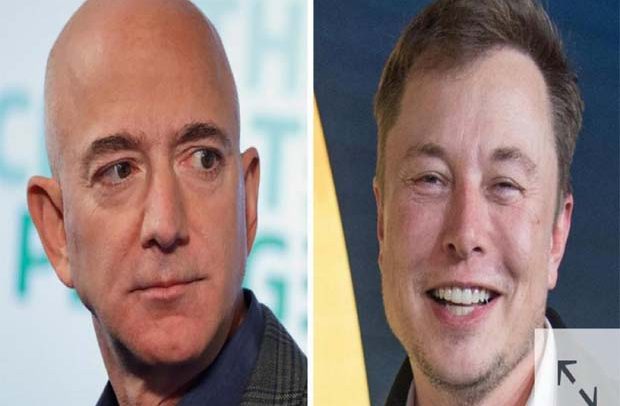 The world’s 10 richest men doubled their fortunes during the Covid-19 pandemic, a new study released by Oxfam has indicated.

The organization which is focused on combating global poverty, said while the fortunes of the world’s billionaires have soared, the world’s poorest are facing even more dire circumstances.

“Over 160 million people are projected to have been pushed into poverty,” according to the paper “Inequality Kills,” published ahead of the World Economic Forum’s Davos meeting, which this year is being held online due to the ongoing pandemic.

Oxfam’s paper stated that increasing economic, gender and racial inequalities, as well as the disparity that exists between countries “are tearing our world apart.”

“This is not by chance, but choice: ‘economic violence’ is perpetrated when structural policy choices are made for the richest and most powerful people.

This causes direct harm to us all, and to the poorest people, women and girls, and racialized groups most,” the paper’s authors continued.

“It has never been so important to start righting the violent wrongs of this obscene inequality by clawing back elites’ power and extreme wealth including through taxation -getting that money back into the real economy and to save lives,”Oxfam International’s executive director Gabriela Bucher said.

“The Covid-19 pandemic has revealed openly both the motive of greed, and the opportunity by political and economic means, by which extreme inequality has become an instrument of economic violence,” Bucher added.

Although share prices dropped dramatically in the early stages of the coronavirus pandemic, central banks and governments across the globe soon implemented stimulus packages, giving them a renewed boost.

As interest rates were cut to record low levels and the supply of money grew massively through quantitative easing — the process whereby central banks buy up government bonds or financial assets such as stocks to put more money into economies to increase economic activity — stock markets soared.