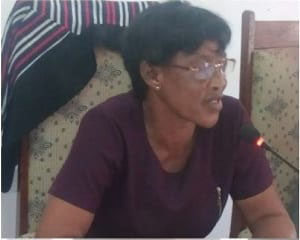 Deputy Director of the National Disaster Management Organization (NADMO) in the Nabdam District in the Upper East Region, Dominic Maaya, has been killed in an armed robbery attack at the Pelungu market.

A DAILY GUIDE source said the incident occurred on Saturday, February 27, around 7:20 pm at Pelungu when the market was closing.

The Pelungu market periodically witnesses armed robbery attacks and for this reason residents were confused over whether the deceased was tailed to the area or killed randomly.

There is currently anxiety among residents in the area and they are calling on the authorities to resource the Ghana Police Service to intensify their day and night patrols, especially on market days.

Residents have also renewed their calls on the district assembly to commission and hand over a completed police station to the Ghana Police Service to beef up security in the area.

The yet-to-be used police station was completed in 2019 and it was among some projects in the district that were done through the Member of Parliament for the Nabdam Constituency, Dr. Mark Kurt Nawaane.

In an interview, Dr. Nawaane said it was unfortunate that the police station was still not in use, while criminals continued to harass the people and traders around the Pelungu area.

He blamed the delay in the commissioning of the police station on partisanship.

Meanwhile the District Chief Executive (DCE) of the Nabdam District, Agnes Namoo, said some pragmatic measures had been put in place to avert future occurrences.