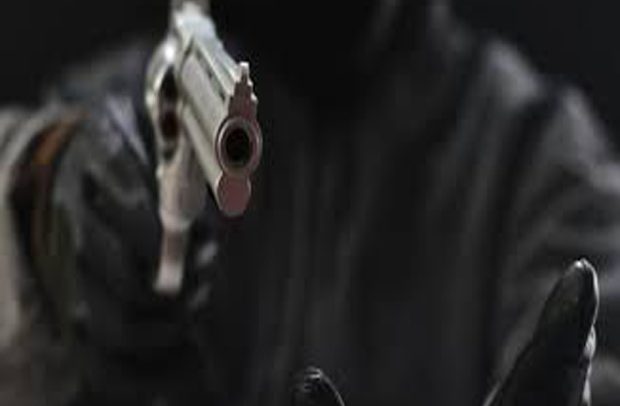 A GANG of robbers on Wednesday took Accra by storm as they went on rampage on some streets and dared the police for a gun battle.

The attacks claimed the life of a 34-year-old man who was killed in broad daylight at Pig Farm, a suburb of Accra.

In another incident, the gang opened fire on employees of Kafson’s Bureau De Change, a forex bureau that operates within the HoneySuckle Pub and Restaurant at Osu, opposite the UNDP offices and near the Police Headquarters.

Two persons, the accountant and a cleaner at the forex bureau, sustained gunshot wounds in the attack which took place around 3pm.

The victims suffered injuries to their left ankle and left foot respectively, a police source told DAILY GUIDE, adding that the victims were taken to the 37 Military Hospital for treatment.

Personnel of the Anti-Armed Robbery Unit of the Criminal Investigation Department (CID) are on the heels of six suspected armed robbers who attacked the Kafson’s Bureau De Change.

According to the police, the robbers took away an amount of GH¢600 from the forex bureau.

“The Anti Armed Robbery Unit of the CID Headquarters was called to the scene due to proximity but by the time they got to the scene, the armed suspects had fled,” the police source said.

The source said two victims are in stable condition at the health facility while the police have commenced investigation into the matter.

The source indicated that on Wednesday at about 2:05pm, the Police Headquarters Information Room had information that a man on motorbike had been shot at the Pig Farm roundabout opposite the Total Filling Station by two men who were also riding on a motorbike with an unknown registration number. The victim’s backpack, the contents of which were unknown, was also snatched.

The source said some witnesses quickly rushed to assist the victim who was bleeding profusely due to the gunshot he received in his stomach area.

The source said the victim was rushed to the 37 Military Hospital for treatment before the police arrived at the scene.

The victim, who was later identified as Musah Abubakar, died two hours later while on admission at the emergency ward of the 37 Military Hospital.

“Abubakar was shot at the right side of his stomach and died at around 4pm, whilst receiving treatment and the body has been deposited at the same facility morgue for preservation awaiting autopsy,” the source said.

Meanwhile, the Apsonic 150 Motorbike with registration number M-20-GR 837, believed to belong to the deceased, and two empty shells found at the scene of crime by the police, have been recovered.

Music In My Days Was Understandable - Paa George To Musicians