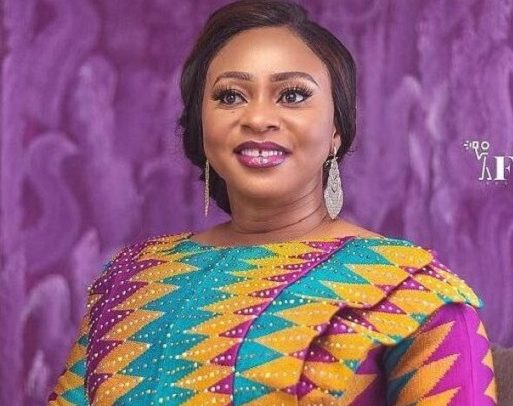 Member of Parliament (MP) for Dome-Kwabenya, Sarah Adwoa Safo, who was recently sacked as Minister of Gender, Children and Social Protection, has acknowledged receipt of her dismissal letter from the presidency.

In a letter addressed to the Office of the President and dated August 5, 2022, the embattled MP said she had handed over all official assets to the Administrator of the Ministry.

According to Adwoa Safo, she handed over on July 29, 2022, a day after she was dismissed from office.

She expressed her profound gratitude to President Akufo-Addo for the opportunity to serve as minister in the two terms of his government.

“It was an honour to serve at this all-important Ministry albeit for a short time. During the period, I put in place enough mechanisms to ensure a harmonious society where the survival and development of women, children, persons with disabilities as well as other vulnerable persons in our society can be guaranteed in lines with your vision to transform the Social Protection Framework into a robust and more responsive one,” she stated.

“I am exceedingly grateful for your understanding, compassion, and unending devotion throughout this past year, especially during a very difficult period for me where I have had to be away from office. Your kind support has been very much welcome and for that, I remain eternally grateful,” Adwoa noted.

“Cognizant of my duties to the 75,000 constituents who elected me, this development is an opportunity and will afford me more time to consolidate the gains we have made as a government at the constituency level in our quest to break the eight,” she concluded.

On July 28, President Akufo-Addo revoked the appointment of Sarah Adwoa Safo as the Minister for Gender, Children and Social Protection.

A statement signed by Director of Communications at the Jubilee House, Eugene Arhin, said the decision was taken in accordance with Article 81 (a) of the Constitution.

The statement indicated further that the revocation of Adwoa Safo’s appointment was with immediate effect.

She has since been replaced by Lariba Zuweira Abudu, who is waiting for a parliamentary approval to begin work at the ministry.

Before her dismissal, Speaker of Parliament, Alban S.K. Bagbin, deferred for further study a decision on Adwoa Safo’s fate regarding her absence from the sittings of the House for more than 15 days without written approval.

The Privileges Committee, which sat on her case and two other NPP MPs, by a Majority decision, said Adwoa Safo failed to take advantage of the numerous opportunities and facilities offered her to provide reasonable explanation to the committee with regard to her absence without leave.

It added that pursuant to Article 97 (1) (c) of the 1992 Constitution and the Court of Appeal decision in the case of Professor Stephen Kwaku Asare v the Attorney General & 3 Others, “the Dome-Kwabenya seat is automatically vacant by operation of law.”

But Speaker Bagbin, having listened to debates from both sides of the House on the procedural law to adopt the report of the Privileges Committee, said he could not haste to take a decision on the preliminary objection raised by the Majority Leader, Osei Kyei-Mensah-Bonsu.

“I have consulted the old lady. The old lady has given me some advice and I think that advice is correct. I need time to submit to this House a reasoned written ruling.

“I cannot in the haste of today give you a ruling. In the circumstances, I will urge this House for us to call it a day. On return, I will deliver a written ruling,” the Speaker stated.