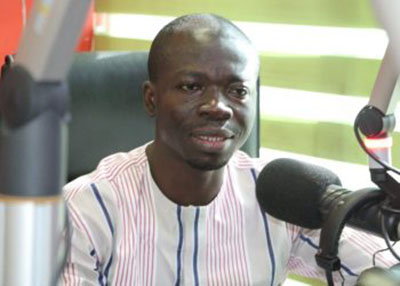 THE BROUHAHA that surrounded the Komfo Anokye Teaching Hospital’s (KATH) decision to sack a supposed whistleblower who is a staff of the hospital in Kumasi, in the Ashanti Region, seems far from over.

The whistleblower, Awuni Akyireba, who was an Accounts Officer of the Biostatics Unit, believes his sacking was unjustifiable, so he has adopted legal means to get reinstated at KATH.

In this regard, Akyireba has filed an order of Certiorari at a High Court in Kumasi, praying the court to quash the KATH board’s decision to sack him from work.

Akyireba, it would be recalled, lost his job at KATH in Kumasi when the KATH board wielded the axe on him in a written letter, dated December 20, 2021, signed by Board Chairman Nana Effah-Apenteng.

In the letter, the KATH Board said Akyireba was found guilty of several offenses, prominent of which included the peddling of falsehood against the management.

Akyireba was therefore, hauled to the KATH Disciplinary Committee for accusing KATH management of misappropriation of COVID-19 generated funds.

He was reported to have taken the same matter to the media, without authorisation from the hospital, an action that KATH considered a breach of their rules.

Akyireba was found guilty of charges leveled against him, hence he was sacked.

He remained quiet after his sacking, only to take the matter to court to fight his case.