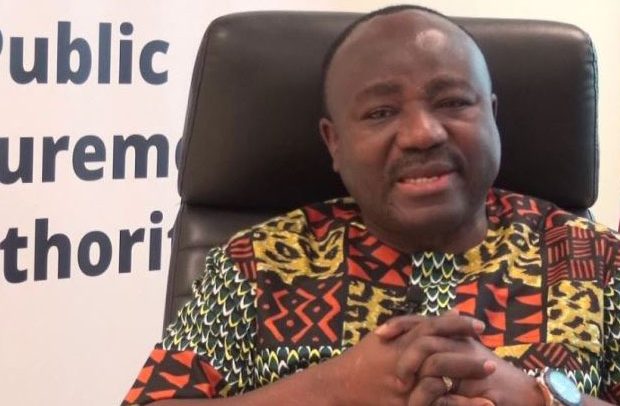 The Office of the Special Prosecutor has served all the disclosure documents it intends to rely on for the trial of sacked former Chief Executive Officer of the Public Procurement Authority (PPA), Adjenim Boateng Adjei, and his brother-in-law, Francis Kweku Arhin, who are on trial for using public office for profit.

The trial court yesterday confirmed from counsels for the accused persons that have all been served with the disclosures as ordered by the court on May 25, 2022, when they first appeared before it.

Justice Mary Yanzuh, who is hearing the case, has subsequently given the prosecution four weeks within which to file the witness statements of all the witnesses they intend to call during the trial.

She adjourned the case to July 26 for case management conference to set out the modalities of the trial. The court will also on that day pick a date in October for the commencement of the trial.

The two have been dragged before the court by the Office of the Special Prosecutor over 18 charges of using public office for private profit and benefit by improperly and unlawfully influencing the outcome of the public procurement process.

The charges for which Mr. Adjei is in court relate to several restricted tenders in respect of public works contracts awarded by the Ministry of Works and Housing, Ministry of Education, Ministry of Special Development Initiative, among others.

Francis Kwaku Arhin, though not a public officer, according to court documents collaborated with A.B. Adjei to corruptly abuse his office for private profit and benefit.

The two pleaded not guilty to the charges preferred against them, and the court granted a bail of GH₵5 million each with two sureties to be justified and other conditions.

The facts of the case indicate that Mr. Adjei and Mr. Arhin established Talent Discovery Limited and used same as their sure bet of winning public contracts in a disingenuous and unlawful design by which the former would employ his position as the Chief Executive Officer and a member of the Governing Board of Public Procurement Authority to directly and indirectly improperly influence the outcome of the procurement process in favour of the company.

Mr. Arhin was to run the company until the retirement of Mr. Adjei from public service to later join the company where they would share the spoils of the contracts sold.

The facts state that Mr. Adjei in his capacity as CEO of PPA and a member of the governing board conducted the procurement process in respect of tenders in which Talent Discovery Limited was shortlisted; and he actively participated in the decision-making process leading to the selection of Talent Discovery Limited as the contractor in respect of nine of the tenders, without disclosing his interest as the majority shareholder and a director of the company.

“In an instance, the First Accused (A.B. Adjei) in his capacity as the implementer of the decisions of the Governing Board of Public Procurement Authority, unlawfully altered the decision of the Board in favour of Talent Discovery Limited. The Second Accused (Arhin) acted in collaboration with the First Accused in the unlawful scheme,” the facts added.