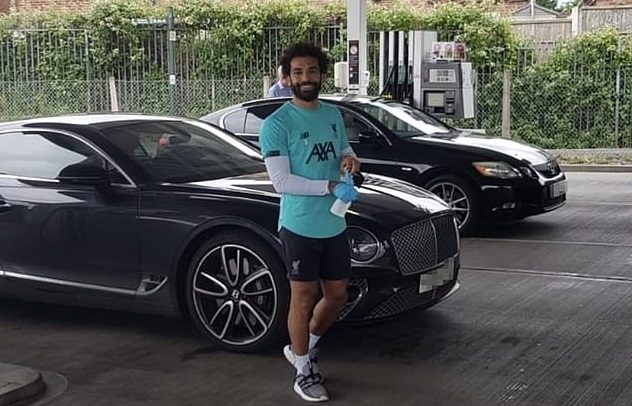 But that is exactly what they’ve been doing after a picture of the Egyptian king filling up his car at a petrol station while wearing training gear circulated on social media.

Not only that, but the star man is said to have paid for everyone’s fuel in the forecourt in a heartwarming gesture.

Salah was spotted wearing rubber gloves and holding disinfectant spray as he followed the strict coronavirus measures to ensure safety.

And the 27-year-old’s reported actions led to an outpouring of praise from Liverpool fans on Twitter.

One supporter wrote, “How can I love him more, so humble,” while another added, “Love the Egyptian king.”

One person tweeted, “Pull up to a petrol station in a Bentley, wearing Liverpool training kit and pay for everyone’s petrol. My hero my mate.”

Salah and his Liverpool teammates return to Premier League action in just 10 days’ time as they look to wrap up the title.

Jurgen Klopp’s side are a massive 25 points clear of Manchester City and require only two wins from their final nine games to claim a first league crown since 1990.

Salah has been in fine form throughout the season and is the third highest scorer in the league with 16 goals.