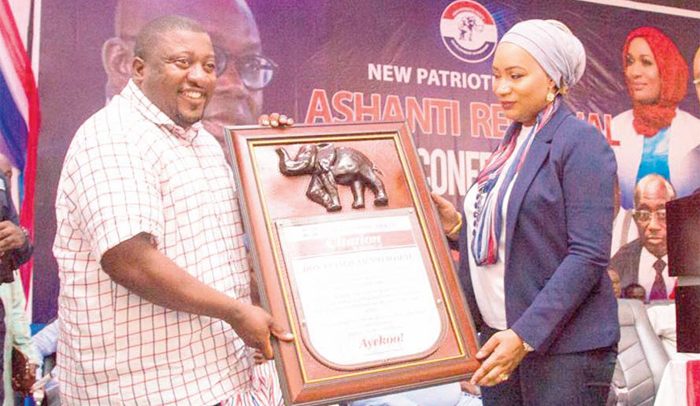 According to the NPP National Youth Organizer, Henry Nana Boakye, aka Nana, Mrs. Bawumia is expected to stoke the spirit of volunteerism, diligence, dedication and bravery among the youth as the party prepares for the 2020 general elections.

The conference is slated for Friday, December 6, at the multi-purpose hall of the University of Development Studies (UDS) at 9 am. It is expected to attract all NPP youth leaders and activists.

The youth are to be joined by many of the party’s big shots to brainstorm ideas as they mount a spirited campaign to retain power in 2020, according to Nana B, a lawyer.

Nana B said the NPP youth wing was seeking to rally the youth to lead the party’s campaign in 2020, and the youth conference would be the final preparation ahead of the big task in 2020.

The conference is being held under the theme: “One Good Term Deserves Another”. It will host ministers and deputy ministers and NPP MPs who form part of the youth of the party, regional youth organizers and their deputies, CEOs, DCEOs and other government appointees, MMDCES, constituency youth organizers & their deputies, TESCON delegations from all accredited institutions, and delegations from the diaspora youth wing.