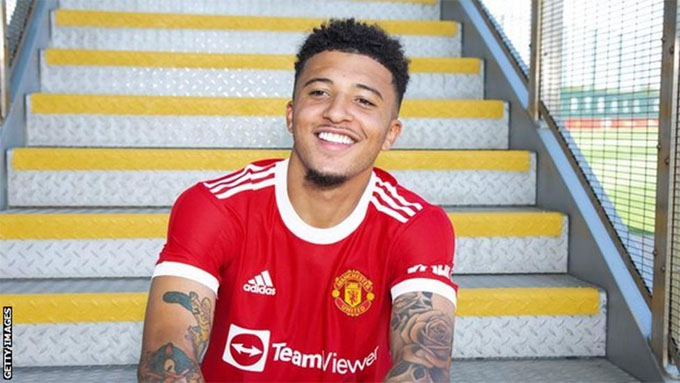 Jadon Sancho has completed his move to Manchester United after several months of back and forth negotiations.

Manchester United announced his signing from German side, Dortmund.

Sancho has been quoted by BBC as saying joining Manchester United is “a dream come true” after he completed his £73m move from Borussia Dortmund.”

Sancho, aged 21, is joining the Old Trafford Club on a five-year deal.

“I’ll always be grateful to Dortmund for giving me the opportunity to play first-team football, although I always knew that I would return to England,” he stated.

“The chance to join Manchester United is a dream come true and I just cannot wait to perform in the Premier League.”

“This is a young and exciting squad and I know, together, we can develop into something special to bring the success that the fans deserve.”